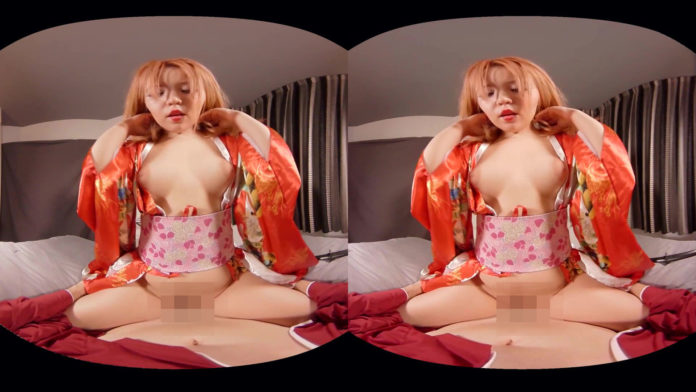 In June, hundreds of people thronged a small virtual reality event in Tokyo’s Akihabara district, forcing the organizer to cancel it halfway through.

What drew such a big crowd so quickly?

“It was unexpected,” said Kento Yoshida, head of the group that organized the event. “But it proved that many people have expectations for VR adult content.”

Industry insiders claim that adult VR content may be the key to spreading the technology to the general public, just as it did with videotapes and the internet.

They said VR’s potential is huge because it could eventually lead to virtual sex, either with a digital character or a real person in a different location. The technology can also be used to fulfill one’s secret fantasies more easily.

Yoshida, who is also president of Tokyo-based adult video maker VRG, said most people remain unaware of VR’s potential, which is why he held the Akihabara event.

“At that time, people didn’t really know what VR was . . . so I thought that adult content would be the most catchy topic to use to get people more familiarized with VR,” he said.

The technology opens up a whole new horizon for people with sexual fantasies, he said.

For instance, if people harbor a desire for abnormal or illicit sex, fulfilling that desire may be difficult or risky in real life, to say the least. But VR can make it all possible, Yoshida said.

It can also help others who are too shy to express their feelings or start a relationship.

“VR is the best way to satisfy their sexual needs,” he said.

VR headsets allow people to effectively jump into whatever they see, so this kind of immersive experience could lead to virtual sex with digital characters or other people, Yoshida said.

Other Japanese firms are already cashing in on the trend.

Game maker Illusion, based in Kanagawa Prefecture, is developing a VR title for next year.

General Producer Naoyuki Otsuru acknowledges that the adult entertainment industry will help spread VR but fears that the content has been getting a little too much media coverage recently.

“There’s a certain degree of adverse reaction to adult content. I’m concerned that it might damage the image of VR,” he said.

Illusion plans to release a game called “VR Kanojo” (“VR Girlfriend”) that lets players virtually enter an imaginary girlfriend’s room to have sex. The producers say they are focused on making players feel the girlfriend is really there.

Otsuru also said that VR has the potential to expand the human sexual experience but that the content must be tightly controlled.

“I’m concerned that when it spreads more widely, it might end up in the hands of those who aren’t supposed to have it, or won’t like to see it,” Otsuru said.

In the future, some say we might see people giving up on real-life relationships in favor of virtual romance — a possibility that could emerge as the technology becomes more immersive, which is likely to raise a moral question.

“It’s impossible to eliminate adult content forever, so we need to think about how we should use it,” Otsuru said.

Yoshida of VRG said the decision on whether to engage in virtual romance or real romance should be left to each individual.