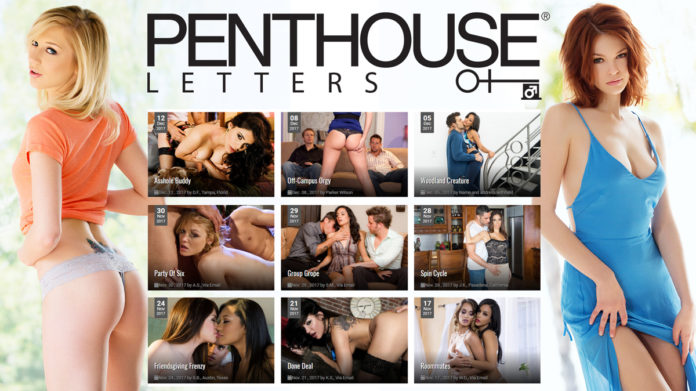 The holding company owning the Penthouse brands and its products, Penthouse Global Media Inc., just made it public that one of the most famous products of the magazine will get its own website. The legendary Penthouse letters will be available at PenthouseLetters.com, a digital archive for the brand’s signature letters.

Part of the website will be free including three new letters each week. The archive and access to galleries, Penthouse Magazine as well as videos will be offered as a monthly subscription service.

Kelly Holland, CEO at Penthouse said: »Penthouse Magazine has always been at the center of the conversation on sex and culture and it was only time before we brought Penthouse Letters online for the modern generation of erotica readers. I believe Penthouse Letters, especially in the online space, has the opportunity to bring together the best-established erotica writers with new, emerging artists to create a spectacular source for thought-provoking erotica. The site will expand to accommodate the tastes of our growing audience, and we look forward to hearing how Penthouse fans like the new PenthouseLetters.com.«

The Penthouse letters have become a popular staple since they were first introduced into the magazine in 1979. They consist of tales of sexual adventures by everyday people. At the height of their popularity, they got a magazine of their own still in print up to this day. It bears the unusual distinction of having an audience consisting almost equally male and female.