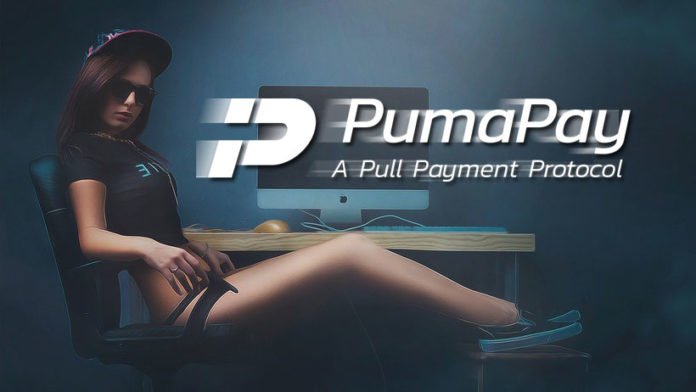 The online trading platform CoinAll, which specializes in cryptocurrencies, has announced that it will list PumaPay with immediate effect. Thus one of the most important hurdles for the implementation of the Blockchain currency is taken: the currency can be freely traded and has been freed from the isolated habitat as a currency for adult online entertainment.

One of the many cryptocurrencies for adult entertainment coming onto the market this year has taken a decisive step forward. With immediate effect, the currency can be freely traded on the CoinAll trading exchange. Its abbreviation is PMA.

PumaPay was quickly able to sign up more than 100 brands and companies from adult entertainment to accept the coin based currency for their digital business. Among them were renowned labels such as Vivid, Live Jasmin, CCBill as well as the industry leader among tube sites and streaming belonging to the Canadian MindGeek group: Pornhub. Now those partners who came on board early can feel reassured. By allowing the currency to be traded freely on an online marketplace, PumaPay can also be exchanged for other currencies outside adult entertainment: an important step towards building trust. After all, the reputation of all cryptocurrencies has been tarnished after the long downward trend of the Bitcoin exchange rate.

Statements by PumaPay and CoinAll

Yoav Dror is the CEO of PumaPay. He is delighted with the new developments: »We are pleased that the CoinAll exchange has chosen to list the PMA token. As we continue development of our payment system, we will be increasing the usability of the token by enabling more payment scenarios. PumaPay Cryptocurrency Wallet app already supports cryptocurrency conversion, and we’ll be adding support for more tokens in the coming months. Last but not least, we have recently released the Wallet API, which will enable 3rd party wallets to support subscriptions, as well as other advanced billing scenarios, by PumaPay. We have a lot planned for 2019, and will be sharing our updated roadmap and vision in the coming weeks.«

A spokeswoman for CoinAll also commented on the new addition of the cryptocurrency: »Having great quality projects be listed and collaborated with us is the flue that we are using to drive the entire ecosystem forward. We are looking forward for more projects collaborations and resources sharing.«

Further information can be found at https://pumapay.io.