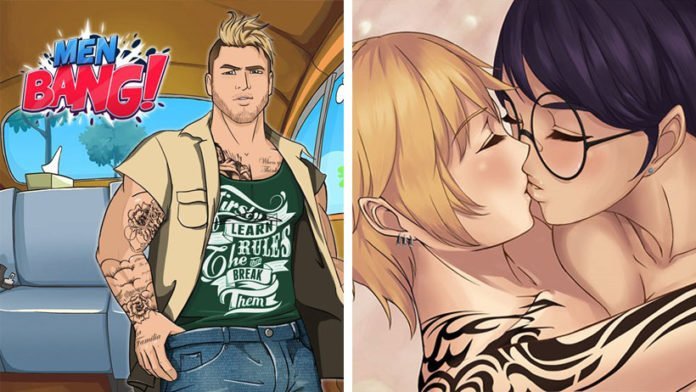 Nutaku proudly announces that it expects a large audience for the »Gay Games« segment. The platform operator hopes for high-quality games from the gay and lesbian gaming community. Ben Faccio, Product Manager at Nutaku, says: »The adult games currently available to the LGBTQ+ community are low quality, so we saw an opportunity to improve the current content available to 18+ gamers. We’ve been working to make our platform more inclusive, and this release is the first major step towards that goal. We are excited to collaborate with Men.com to bring Men Bang to life. The game boasts vibrant artwork and high-quality gameplay. Something that can be enjoyed by the Men.com community, and gaymers alike.«

As the global market leader with over 200 games in the catalog and according to Nutaku over 115 million visitors per month, it is of course quite daring to advertise LGBTQ content, while only two games are launched and both titles are only created for the gay market. So it remains to be seen whether specific lesbian and transgender games will follow and how big the offer will be in the end.