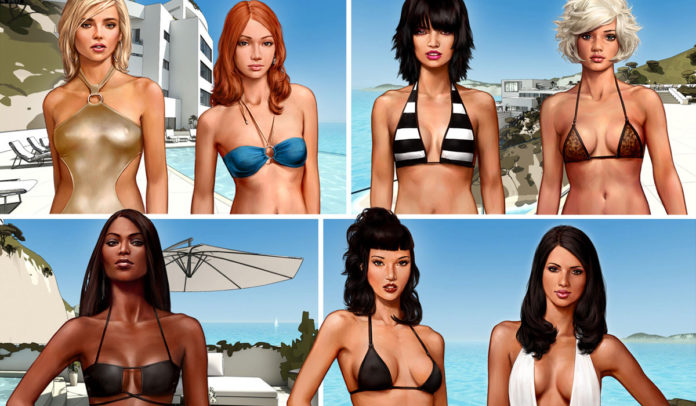 While other mainstream venues ban and shun adult contents, Steam.com, the biggest platform for games worldwide, takes a gamble on lowering its restrictions and is currently opening the market for adult material for the video game community.

In his blog Erik Johnson of Valve answered several questions about who is getting to be on Steam and who isn’t. He openly talks about the difficulties the company has experienced with that question. His blog post is titled »Who Gets To Be On The Steam Store?«  and tackles the question right on.

He wrote: »Contrary to many assumptions, this isn’t a space we’ve automated — humans at Valve are very involved, with groups of people looking at the contents of every controversial title submitted to us. Similarly, people have falsely assumed these decisions are heavily affected by our payment processors, or outside interest groups. Nope, it’s just us grappling with a really hard problem.«

The questions the company faces are manifold. Steam constantly has to balance the wishes of its customers, of its developers, and last but not least of its staff. Should games on Steam contain adult themes? Violent themes? Political agendas? And what is a game? Who defines quality?

He wrote: »Instead, it’s about whether the Store contains games within an entire range of controversial topics — politics, sexuality, racism, gender, violence, identity, and so on. In addition, there are controversial topics that are particular to games — like what even constitutes a ‘game,’ or what level of quality is appropriate before something can be released.«

Additionally Valve’s Steam is a global platform. And Johnson points out that morals, ethics, beliefs and controversies, as well as legal questions, change from country to country.

He said: »Even when we pick a single country or state, the legal definitions around these topics can be too broad or vague to allow us to avoid making subjective and interpretive decisions. The harsh reality of this space, that lies at the root of our dilemma, is that there is absolutely no way we can navigate it without making some of our players really mad.«

In the end Johnson and many of his colleagues came to the conclusion that ideally Valve wouldn’t make the call at all.

He said: »If you’re a player, we shouldn’t be choosing for you what content you can or can’t buy. If you’re a developer, we shouldn’t be choosing what content you’re allowed to create. Those choices should be yours to make. Our role should be to provide systems and tools to support your efforts to make these choices for yourself, and to help you do it in a way that makes you feel comfortable.«

As a result, everything will be allowed on the Steam Store except for things deemed illegal »or straight up trolling« on a case-by-case basis, with developers required to disclose »any potentially problematic content.«

He added: »So, what does this mean? It means that the Steam Store is going to contain something that you hate, and don’t think should exist. Unless you don’t have any opinions, that’s guaranteed to happen. But you’re also going to see something on the Store that you believe should be there, and some other people will hate it and want it not to exist.«

He boils it down to the simple idea that as a customer as well as a creator you should »have the right to create and consume the content you choose.«

Still there are obstacles: »Navigating these issues is messy and complicated. Countries and societies change their laws and cultural norms over time. We’ll be working on this for the foreseeable future, both in terms of what products we’re allowing, what guidelines we communicate, and the tools we’re providing to developers and players.«

If you want to read his blog article click here.