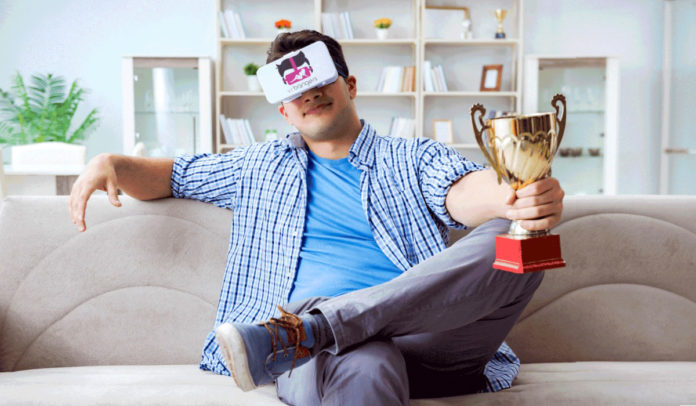 “We cannot say that we were not surprised, as there were many strong competitors,” said Daniel Abramovich, the CEO of VR Bangers. “This is a huge distinction for us and we will do everything to prove that we have deserved it and earn even more awards next year. VR Bangers keeps growing as a network, and such achievements only get us going even more, so we will not rest on our laurels and keep pushing the limits even harder in the future.”

“We did not do all of these things to get the award, but we certainly love being appreciated,” Abramovich added. “From the very beginning of the gay VR Bangers, we were always trying to put some life into this branch of the industry, coming up with many different ideas. We kept adding support for brand new VR visors, we have managed to produce the scenes in the higher quality, while pushing the limits of the accessible hardware, and we did release the innovative app with the smart caching system and the best video streaming SDK available.”

“Competition is always good for the business, so we are more than happy to come up with the new things,” CEO explained. “We are here to help fans and the gay industry, providing them both with some cool content, at the same time raising the standards for the whole business. If you would like to work with us, we do have an attractive affiliate program for our gay VR adult movies, with the best converting products for the partners that want to monetize their traffic and start making money.”

Everyone who would like to join the VR Bangers network by becoming their partner can do that with ease by visiting their website at https://vrbgay.com/affiliate/. The affiliate program of this most innovative company of the year is really flexible, offering a high revenue share, the best conversion of the products and convenient payout options like PayPal or Payoneer.