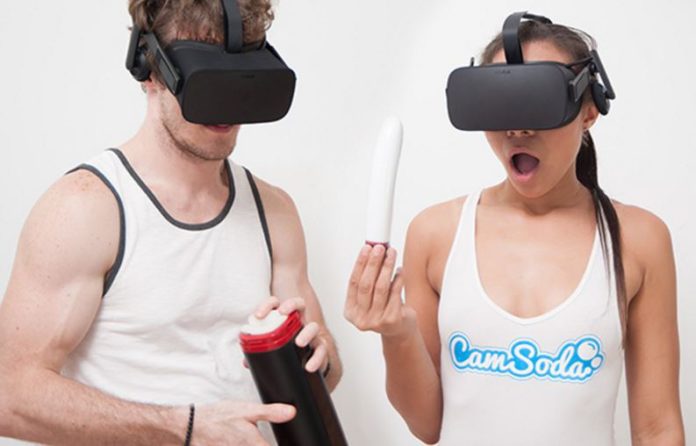 Clean up is analog.

“We spend a decent amount of time looking at new technology. We were thinking about ways to do things that technology lets you do something now that you’d never do before. This is the perfect example,” says CamSoda President Daron Lundeen. “Most people would never use a glory hole, it’s scary, it’s a lot of different things. Now you have a device that lets you get a little bit of a feel of what that would be like, but in a very safe environment. It’s something we felt people would be interested in and it also plays into a long term strategy of getting people to go out and purchase these devices so they can experience the larger virtual reality world that is teledildonics with a VR headset and you’re immersed in a sexual experience.”

The BlowCast landing site displays all the models that have submitted BJs, along with how many likes they’ve gotten for their skills. 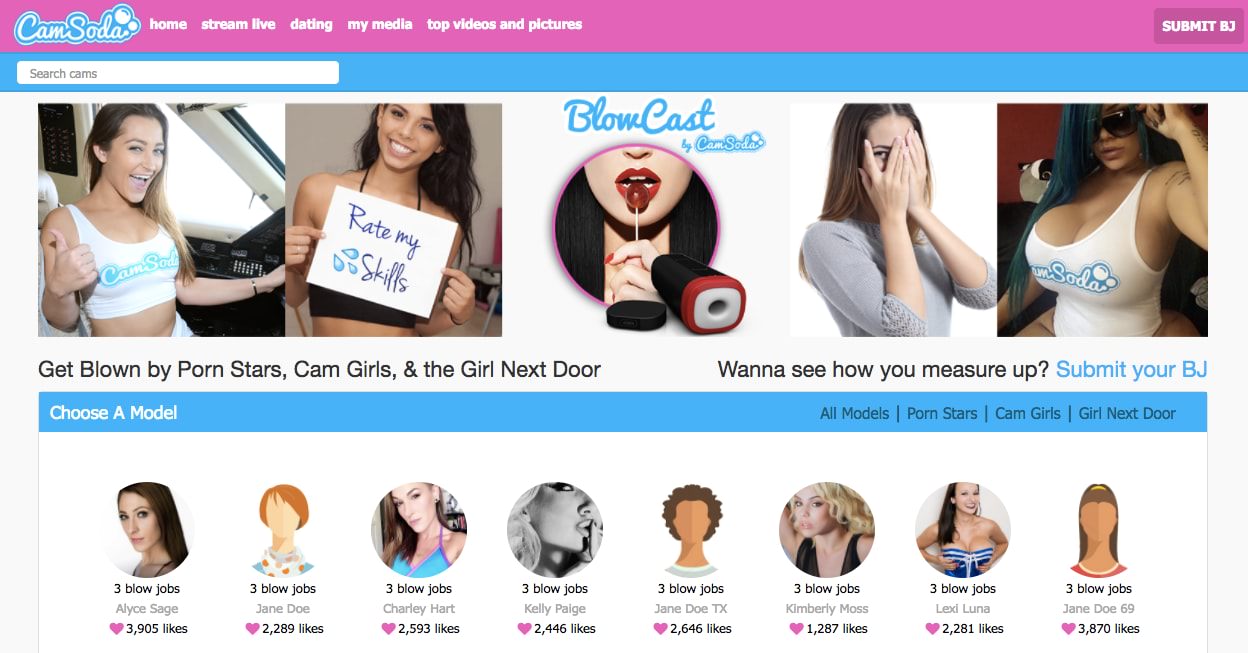 Lundeen admits that “no, it’s not going to be the real thing,” but insists it’s “far better than you would expect.” Still, verisimilitude is not the point of BlowCast. If anything, the sleeve is made to get people comfortable with new sex tech. It’s a gateway thing.

“That’s a good example of what this kind of technology could do,” Lundeen says. “This is a guy who’s really unable to go out and have a traditional relationship with a woman, but on a cam site he can have that. That’s how we look at things, can this help people, can it be fun for people.”

“We’re very open minded. We’re not going to sit around,” Lundeen says. “We tend to look at every new technology that comes out and look at how people are going to use it and how use it safely. Ultimately we want to enhance people’s sexual lives.”