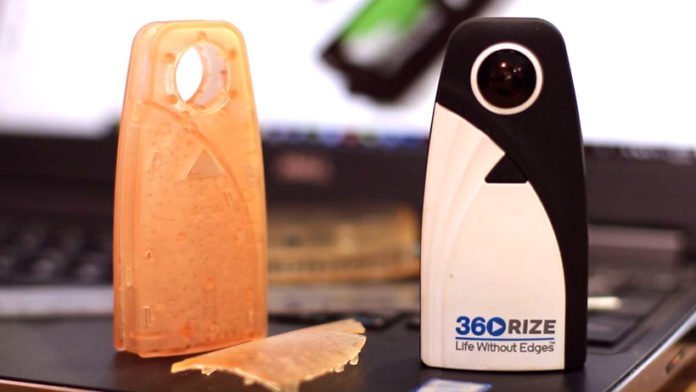 A small startup called 360Penguin is raising money on Kickstarter to roll out a VR camera that could make it dramatically easier and cheaper to produce VR content.

In a new sign that VR production could become as easy as traditional video productions, a small startup is trying to crowdsource the production of a small camera capable of recording 360° content like a GoPro.

Up until now media and early adopters were focusing their attention on VR viewing devices from manufacturers like Oculus, Samsung und Google. But a VR camera as easy to use as smartphone cameras and GoPros would be a giant leap forward for the industry’s effort to mainstream the new technology.

The makers are not shy about the capabilities of their cam. According to them the 360Penguin will have dual 210-degree f.1.8 lenses and be able to create 6K video resolution at 12 fps and 4K at 30 fps with h.264 encoding. Additionally, the makers claim the cam will be able to live stream to Facebook and YouTube. Aside from that, the cam comes with a flexible mount known from action cams for all kind of outdoor activities, storage up to 64 Gb and 1 hour battery time while also offering a USB-C-port to enable continuous power supply. To round it all up the device will feature an app editor. All of that a price point of ca. $300.

A spokesperson for the company claims: »It’s the most convenient 360-degree camera you’ll ever own. Not only is it affordable, its sleek design is packed with the latest and greatest 360-degree tools yet small enough to fit into a pocket or purse.«

It remains to be seen if the makers can raise enough money to actually prove to the world that their cam can actually keep these promises.

If you want to know more click here. Here is the campaign’s video: