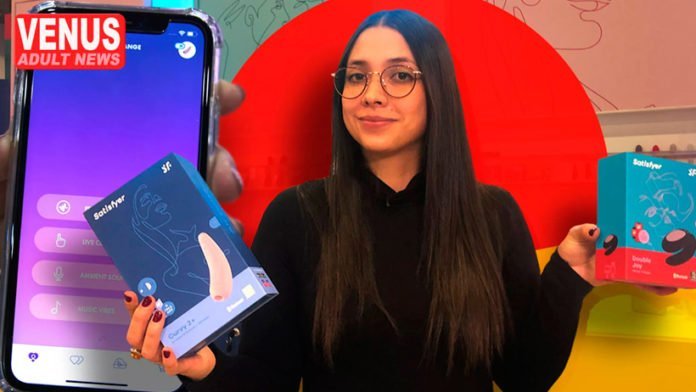 With the new App Connect VENUS exhibitor Satisfyer tries to revolutionize the market for smart sex toys. The company already caused a big stir with Connect at this year’s edition of the Tech Fair CES. Now the app is available everywhere.

The free app from sextoy manufacturer and Eis.de sister company Satisfyer is now available from Apple and Google stores. It enables users and couples to combine lust, love play and technology in a new way.

The German company offers the app in over 30 languages and has launched a new generation of devices that are perfectly matched to the app. Up to four different devices can be operated simultaneously. As a special innovation, the toys can also be controlled by sounds or music via the app, which enables completely new sensory experiences.

The app can run pre-installed programs on the devices, but users can also directly influence the behavior and any vibration patterns.

The company adds: »Whether directly next to each other or far away, Satisfyer Connect connects couples and enables them to bridge the three-dimensional distance anytime, anywhere.«

The feature-packed app also allows its users to not only save self-created vibration patterns for the future, but also to share them with other users in the app’s community area.

Satisfyer Connect is available in the Apple as well as in the Google Store.