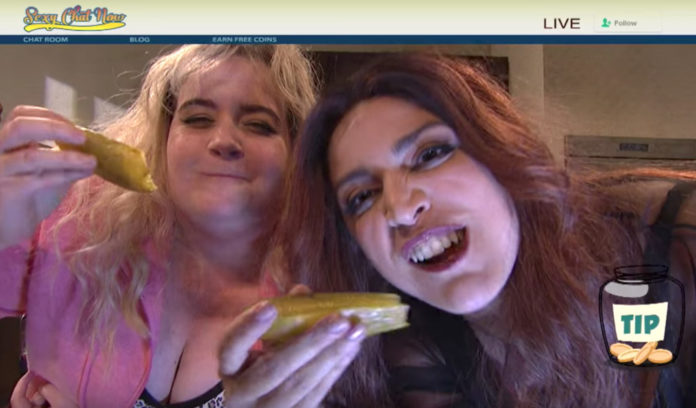 Chaturbate clearly hit a new mark of recognition – albeit in a mockery way. A segment on legendary NBC’s weekly satire Saturday Night Live parodied the cam website.
NBC’s SNL did a sketch featuring a parody of Chaturbate. Layout, logo, color schemes are exactly like the ones used in Chaturbate, but for legal reasons, the name of the portal was fictionalized to »Sexy Chat Now«.

XBIZ recaps the segment as follows: »The skit is about law enforcement team trying to negotiate a da exchange with a sexy Euro spy. Due to some crossed video streams, however, the super-secret negotiations are interrupted«

During that interruption Aidy Bryant and Cecily Strong appear on the screen, framed by a »Sexy Chat Now« window replicating the Chaturbate design in all details.

Chaturbate is welcoming the publicity and takes the satirical punch like a pro. In a comment, the company said: »You know you’ve hit mainstream consciousness when Saturday Night Live parodies your company.«

The segment is available online, if you are interested, go to YouTube.com.