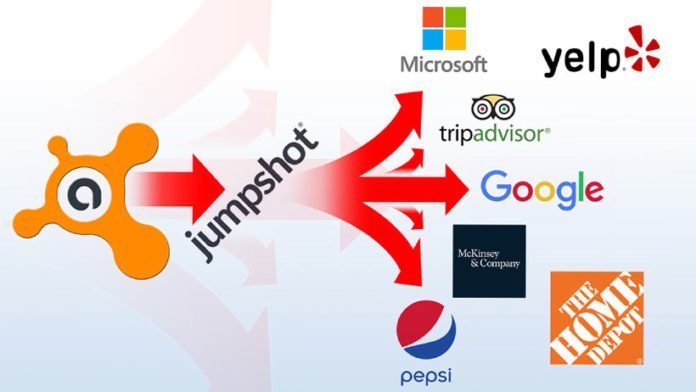 The company behind the free antivirus software Avast sold user data including browser histories and search queries on a large scale to corporate customers through its own subsidiary Jumpshot. The company is responding to the wave of protests by closing the business unit in question. For several hundred million users, however, this move comes too late.

Through a joint report by Motherboard and PCMag, it has become known that the business model behind the free antivirus program Avast constitutes a huge violation of users’ privacy. Through a subsidiary, the company had bundled the browsing and search history of its users into different packages and sold them to large corporate customers in an insufficiently anonymous form. Depending on the size of the respective enterprise, it was highly probable that the company, in conjunction with its own data, could draw conclusions about the clear name identity of the respective profiles.

The stock market price of the virus protection service Avast, which has gone from darling to villain, plummeted by 30%. Last Thursday alone, the shares of the company, which has a turnover of around 800 million euros, lost 12% compared to the previous day.

In an attempt to limit the damage, the company declared that it would discontinue the business unit in question and its subsidiary. Avast boss Ondrej Vlcek is showing some remorse. He said he had realized that many people feel deceived and hurt, and that the loss of confidence was understandable.

Now he hopes to regain lost trust by closing Jumpshot immediately. The closure of Jumpshot, which had offices in five cities worldwide, will cost several hundred jobs, Vclek said. »It’s still the right thing to do.«

How far the company can recover from this scandal is questionable. Basically, many users are now understandably asking themselves whether free antivirus programs can be trusted at all.