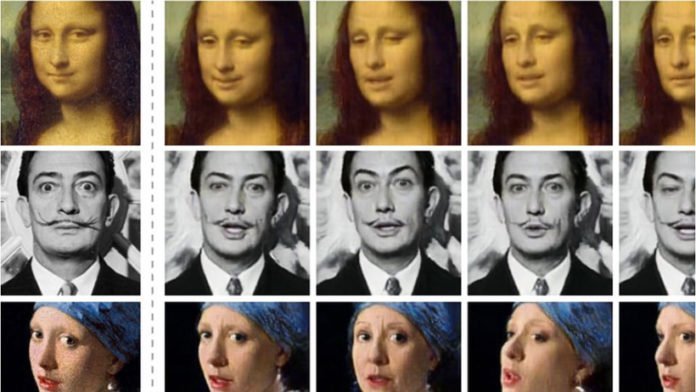 The Arvix research laboratory, which belongs to the empire of the South Korean Samsung conglomerate, has developed an algorithm that can animate faces to seemingly realistic movements using a single photo. The more photos available, the more realistic the videos turn out of course, but a single photo – for example, a profile picture from Facebook or from a company’s intranet page – will be enough to create a life-like video, making it possible to create credible deepfake pornography of a person.

Now, apparently, a single image is enough to animate a face on film. As an example, Arvix published an animated picture of the Mona Lisa. In connection with the presentation, the researchers published a statement that suggests that Samsung is well aware of the dangers that the simplified technology can pose in the hands of users: »We realize that our technology can have a negative use for the so-called ‘deepfake’ videos. However, it is important to realize that Hollywood has been making fake videos (aka ‘special effects’) for a century, and deep networks with similar capabilities have been available for the past several years. Our work (and quite a few parallel works) will lead to the democratization of the certain special effects technologies.«

Just recently, Trump published a video by his Democratic opponent Nancy Pelosi that was manipulated to give the impression that Pelosi was drunk. It quickly became clear that the video was being manipulated. With more and more clever algorithms easily available, which on top of that work more and more perfectly and are harder to expose, fake news could spread even more powerfully than it has done so far.

Here is the Arvix presentation: