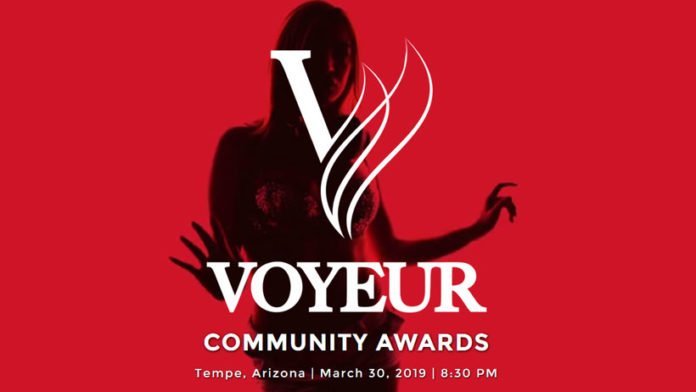 The Phoenix Forum hosted the 2019 VOYEUR Community Awards ceremony on March 30th in Tempe, Arizona, with strong audience participation. The winners were announced during the festive evening.

The award ceremony was embedded in an entertaining program. Prizes were awarded by community category. A previous audience vote for nominations was announced last December.

The moderators of the events ensured lively public participation in the accompanying programme. Some viewers were asked to read out the finalists before the winners were announced. Fans were also connected via the Chaturbate platform.

The winners were selected from a list of nominees by the Academy of Voters. The big winners of the evening included Texas Patti, James Deen, and Riley Reid. More information about The Phoenix Forum can be found here.

The winners of this year’s VOYEUR Community Awards are: