Now she surprises the industry with another talent, which one might not have expected. The little blonde beauty is also successful as a painter.

While she has been standing in front of the camera in hardcore scenes for years and has performed numerous stage shows in clubs and at trade fairs, she has created an extensive oeuvre of paintings that are very impressive and even turn some viewers against her. The seemingly naive paintings have provocative and controversial meanings and manage to attract attention.

One of her paintings shows a female soldier against the split background of a pixelated swastika and a hammer and sickle. The ambiguity of the painting is nearly palpable. 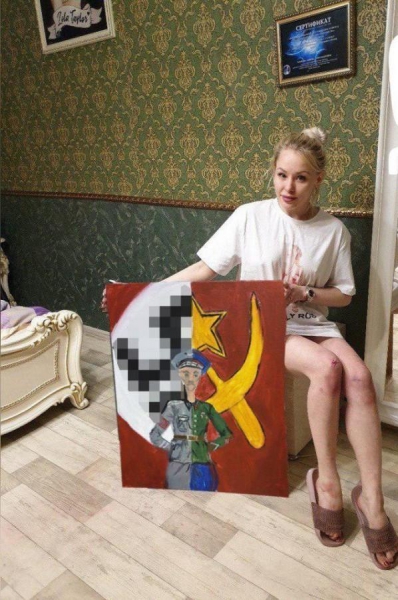 Uneducated, artless viewers accused Lola Taylor of encouraging National Socialist propaganda. A rather strange idea. It is more likely that the inhumanity of both, fascist and communist ideologies, get exposed by the artist.

International media reported that Lola Taylor was apparently threatened with a temporary fine. According to her own statement, the painting shows the duality of the human being, the double-faced and abysmal nature of every human being and, of course, it does not in any way supports National Socialism.

In the meantime, she is said to have created over fifty paintings and was able to exhibit part of them in front of a larger audience at her first exhibition. The special kick next to the politically charged messages? Lola Taylor creates the paintings with a brush made from her pubic hair.

First, according to Taylor, she experimented with a pencil, then with ink, and finally with acrylic and oil paints. But nothing satisfied her. It wasn’t until she put pubic hair on the brush that she found the inspiration to create her works of art. Taylor now sells a lot of her paintings to international collectors.

More pictures of her paintings: 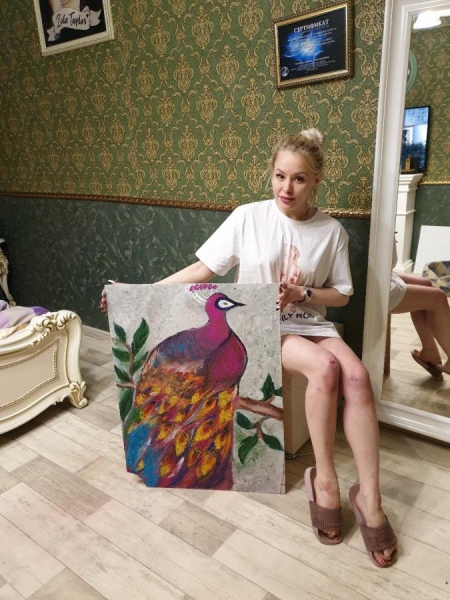 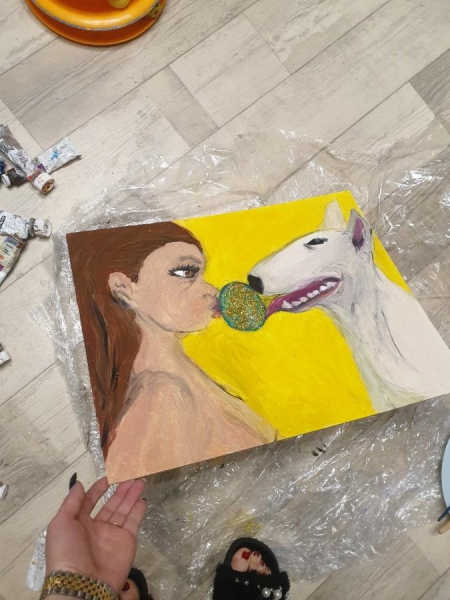 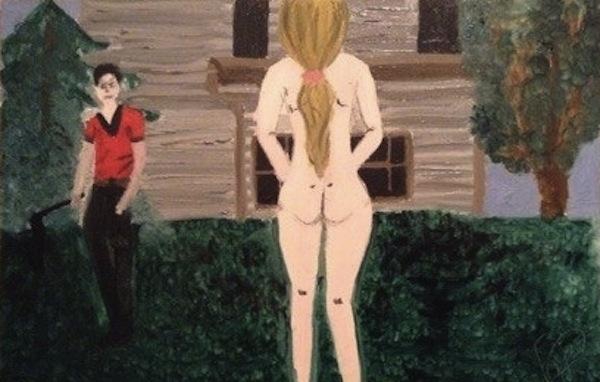 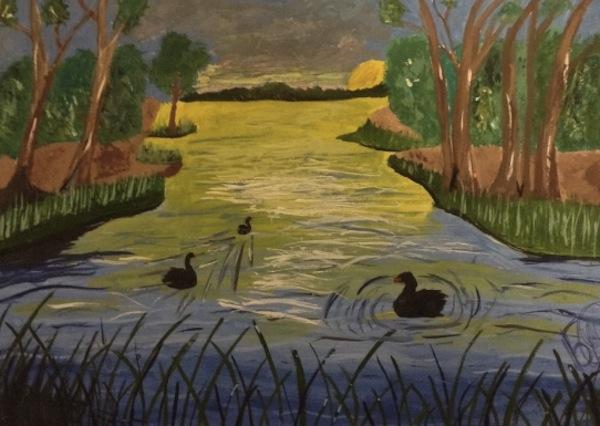 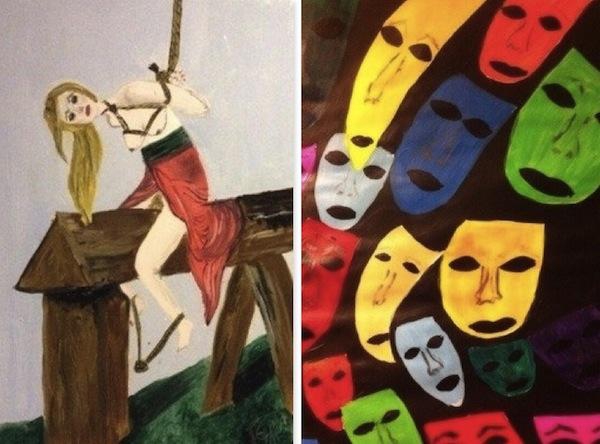 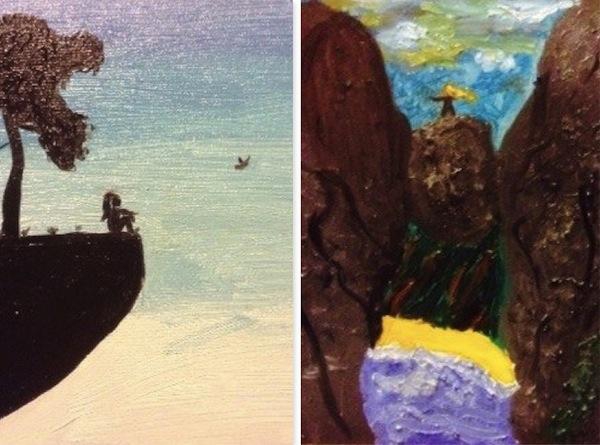