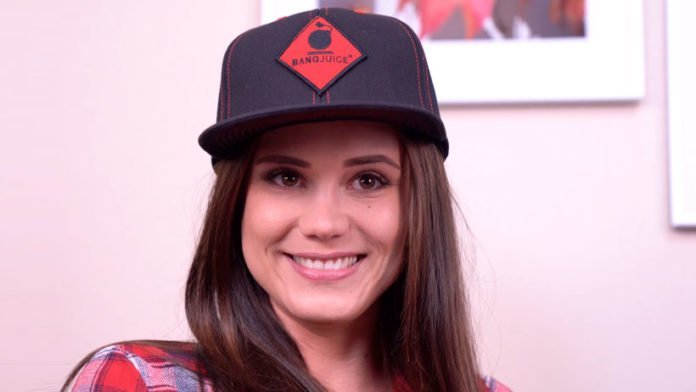 VENUS exhibitor BangJuice can look forward to prominent support. Little Caprice is a fan of the trendy manufacturer of aromas and liquids for e-cigarettes.

The fact that one of the best-known VENUS stars, Little Caprice, who has become successful worldwide, is persuaded of the advantages of the BangJuice products in the run-up to VENUS, is likely to have caused great joy at the company.

This can at least be deduced from a photo of the pretty Czech showing her wearing a cap with a large BangJuice logo.

At last year’s VENUS, BangJuice presented a new limited-edition aroma. The liquid called »Schleudertrauma« [German for whiplash] was available exclusively at the fair in a well-chosen quantity of 6969 units and was later on traded at collector’s prices.

There are rumors on social media whether Little Caprice and BangJuice will continue to work together. More detailed information was not yet available at the time of writing this article.

Fans of the actress and friends of the brand will probably have to be patient and if that is not already done maybe they should pre-order a ticket for the VENUS Berlin. You shouldn’t miss it either way.