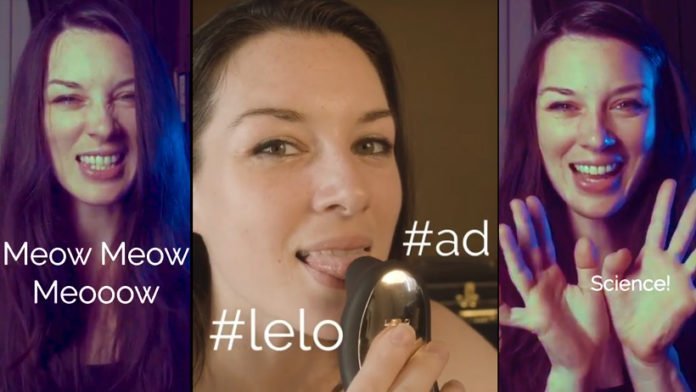 As part of an advertising campaign on Instagram, the Swedish sextoy company LELO was able to win over the well-known actress Stoya. The campaign also aims to circumvent the increasingly stringent censorship requirements of Facebook’s subsidiary Instagram.

The clip ends with numerous variations of the word “science”, which Stoya purrs again and again like a cat. Here’s the spot:

Because science. Click on the link in my bio for more info on @lelo_official’s SONA Cruise #paidpartnership #ad

This year again you can take a closer look at LELO’s products and services at VENUS Berlin. The friendly staff at the booth of the company will be happy to show you the function of their toys and tell you which novelties will enter the market soon.

Interviews with LELO from VENUS Berlin 2017 and 2018 can be found here and here.