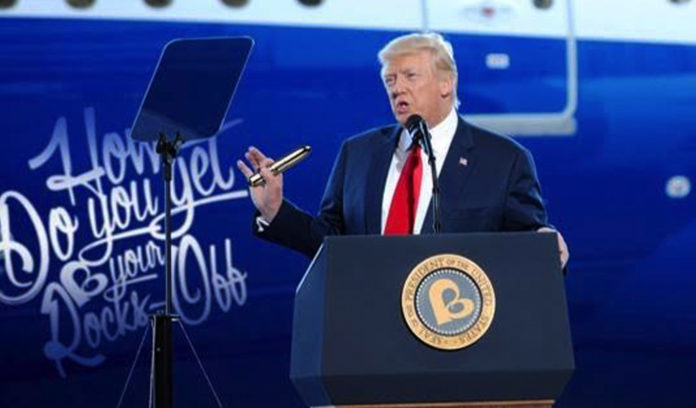 WASHINGTON, D.C.—President Trump has held a press conference to announce a tax on sex as part of his pledge to make America great again. He is calling the sex tax “Trumpy-Pumpy”.
“We’re getting rid of the word sex. You’ve got to say Trumpy-Pumpy. Do you want some Trumpy-Pumpy? Or I’m gonna get me some of that Trumpy-Pumpy! I know you won’t say it as good as me, I say things good, hopefully they will still want to do it with you, but if not they can all do it with me.”

Trump focused on his personal commitment to the tax: “I’ve had sooo much sex. If this tax had been set up when I lost my virginity, and I have, but only with my wives, the taxable income would be huuuge, huuuuge! Believe me, I’ve done it. Lots of times. I’m like, a really gooood sex person.”

Details of exactly how the President expects the sex tax to be collected have not been confirmed. Trump stated: “We’ve got our bestest smartest-est people working on it and I’m one of them and I’m all over it.”

He also heavily promoted the use of sex toys: “We’re going to issue vibrators to everyone to get battery sales soaring. We make the batteries, the world loves the batteries—I’m a battery!”

A source close to the President has assured us that in-between watching multiple hours of television and tweeting, President Trump has been personally testing batteries with the constant use of the Rocks Off Cheeky-Boy prostate massager which the president says “helps keep him focused on the job in hand”  What’s more, President Trump, who has previously signed an anti-pornography pledge, assured the attending press that “my only stimulation is me in my bathroom mirror. It’s full length. I can see everything.”

Why not show your support for the Trumpy Pumpy campaign by  purchasing the new RO-90mm or any of the Rocks Off range by contacting Andrea Duffy, International Sales Director at Rocks-Off at [email protected].

EDITOR’S NOTE: We love a good prank, and this April Fool’s offering from Rocks-Off was too good to pass up 🙂