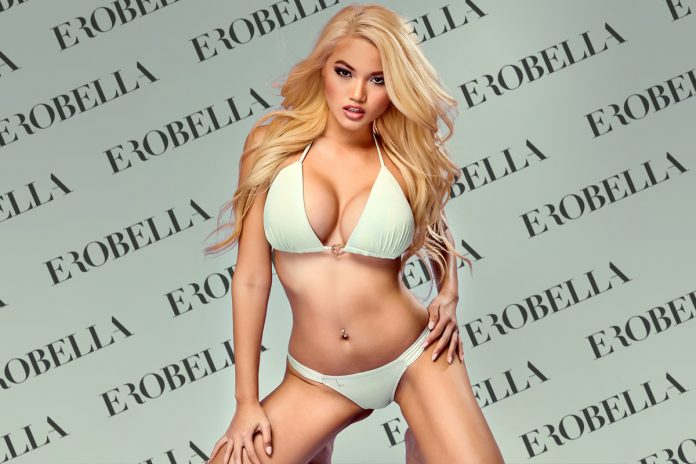 The ‘dream’ woman for German men using Erobella is blonde with large breasts. The stereotype is true it seems, based on search volumes on the dating platform. Over half (57%) of Erobella’s users are specifically looking for a woman with blonde hair. Black-haired women, on the other hand, are only sought by thirteen percent of men. However, redheads are more popular, with over a fifth of men (22 per cent) showing a preference.

The overwhelming majority show a preference for large breasts

Erobella’s German users prefer their dream woman to have large or even very large breasts. More than two-thirds of the men surveyed prefer a fuller cup size, such as D cup or larger (71 percent). Only 17 percent prefer small or very small breasts (cup sizes AA and A to B) in female counterparts.

Intimate hair: ‘Natural’ is very much in vogue

The data also shows a clear preference when it comes to the question of pubic hair: for the vast majority (75%), pubic hair growth is perfectly fine. And that&#39;s not all: every second man expressly wishes for a partner with natural pubic hair. On the other hand, only 25% of Erobella’s users request a completely shaven pubic area.

Sex desires: Men like it from hard to soft

The top 5 sex desires of men at a glance:

Why are the data and findings particularly meaningful?

Unlike conventional dating sites, Erobella users are looking for short-term paid contacts or
companionship. The financial aspect reinforces the meaningfulness of the data, since it can be assumed that, when money is involved, men will be more upfront about their preferences.

Erobella examined an extensive data set including 2.7 million data points from around one million users from the period between January 28th and September 6th, 2021. The results show that even if many a male cliché is confirmed by the data, male sexuality overall can be much more complex.

About Erobella: The online platform Erobella connects reputable providers of sexual services, escort companions and models with real customers. In addition, Erobella is committed to the interests of sex workers in Germany and against the stigmatization of the industry. Note to editors: Results and findings are available at local level for around 350 cities and municipalities and can be submitted at short notice on request.