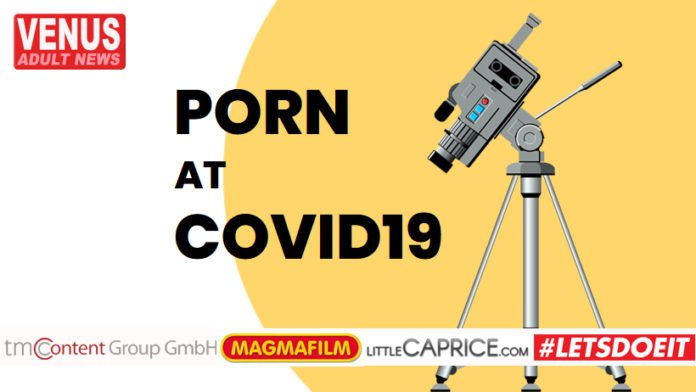 The well-known production and distribution companies LetsDoeIt, Magmafilm, and tmcContent Group have decided to voluntarily stop filming until further notice in order to proactively help fight the spread of the coronavirus and to protect industry members.

In view of the extensive measures taken by numerous governments around the world, and especially in light of the difficult situations in Italy, France, Spain, and the United Kingdom, the studios have joined the call of the US industry association FSC.

The three companies and first signatories of the campaign currently consider it »irresponsible to organize film productions in which everyone involved is exposed to a high risk of infection, which they can then also take outside.«

It’s indeed a bit strange that there hasn’t been any news from European studios since the crisis broke out. This is probably one of the reasons why the three company representatives in their announcement are very clearly calling for others to do the same and to value the health of the industry members more highly than the expected loss of sales: »Anyone who deliberately jeopardizes the lives of others in this situation acts criminally.«

All three companies also work as distributors and make it clear that they only buy content that was produced before March 18. On the website announcing the production stop, it says: »Therefore, we will not accept any content created after March 18 and we urge all of our distributors to act accordingly.«

The only exception, according to the first signatories, are »solo productions, as well as shoots with partners living in the household.« The fact that they do not want this to be understood as a secret back door, in order to ultimately continue shooting, is shown by the postscript »if proof can be provided.«

The three companies are aware of the consequences. They know that this will result in »drastic financial losses« for all parties involved. But they still think there is no alternative to a production stop. They are also aware that the shutdown of production may have to last longer, as there can be no safe shooting due to the necessary proximity of the performers and crew and the ways in which the coronavirus is transmitted.

The position of the companies is therefore crystal clear: »In our opinion, it will only be possible to deal with each other again more easily if comprehensive tests, vaccinations or useful medicines for the virus exist. As soon as there is reliable information about when and how productions can be resumed without immediately involving any health risks, we will make this known.«

The website featuring the statement can be found here. Anyone who wants to participate or join can do so. The e-mail address for contact is [email protected].

You can find the website of LetsdoeIt here. Further information about Magmafilm can be found on the company’s website. This link will take you to the website of tmcContent.