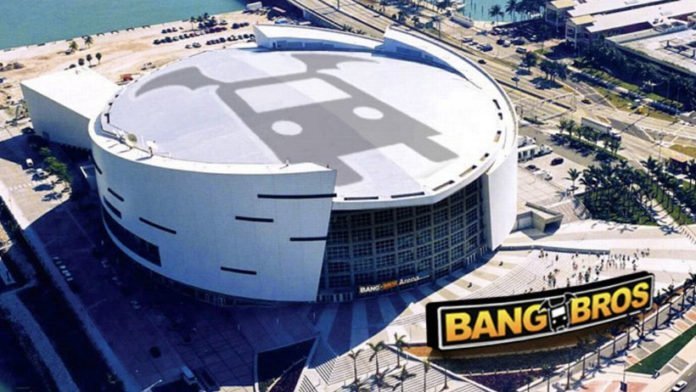 Will there be a BangBros Center?

A spokesman for the studio says: »Miami is also known for BangBros. So it makes sense to pair up winning programs like the Miami Heat and BangBros for a sponsorship opportunity, naming the home arena they play in.«

After Lebron James, Chris Bosh and Dwayne Wade, the Miami Heat will continue to have a strong team on the field in the upcoming seasons. The BangBros spokesman emphasises: »A new superstar is in town, as Jimmy Butler joins the roster. With Pat Riley at the helm, working his magic like he has in the past, BangBros feels they need to show their support for the next wave of winning to come and give back to the city that’s treated them so well. Both the Heat and Bangbros have become staples of the city, with huge fans of each. It doesn’t get much more Miami than having the arena sponsored by BangBros.«

This link will take you to the BangBros page. If you want to learn more about the Miami Heat, click here.