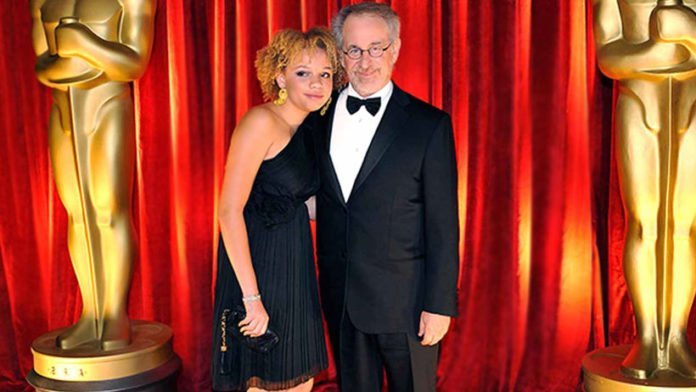 Worldwide headlines and constant press coverage are what the Spielbergs are used to for years. Ever since the director began putting out blockbuster after blockbuster into the theaters in the early 80s, the public has been following the life and work of the world’s most famous director.

The fortune of the man, who created pop-cultural evergreens such as E.T. and Jurassic Parc as well as glossy productions immortalizing historical legends like Lincoln and the former owner of the Washington Post, is estimated at several billion dollars.

In an interview with the Sun, the future Sugar Star said: »My body, my life, my income, my choice. I owe not a single person my autonomy or virtue just because of a name. My main hope is just that I get somewhere lucrative enough to where I’m not tied down financially by things. And then I can really start saying to people there’s nothing wrong with me using my body in a way that feels comfortable to support myself. I can’t stay dependent on my parents or even the state for that matter – not that there’s anything wrong with that – it just doesn’t feel comfortable for me.«

It seems that the relationship with the parents is deep and based on mutual respect. Mikaela stresses that although she was nervous, she had no doubt that her parents would support her.

However, Sugar Star will only offer solo and fetish videos and will not have sex with other partners on camera. The actress had promised this to her fiancé, the professional dart player Chuck Pankow.

She added: »This is a positive, empowering choice, I realized there is no shame in having a fascination with this industry and wanting to do something that is safe, sane, consensual.«