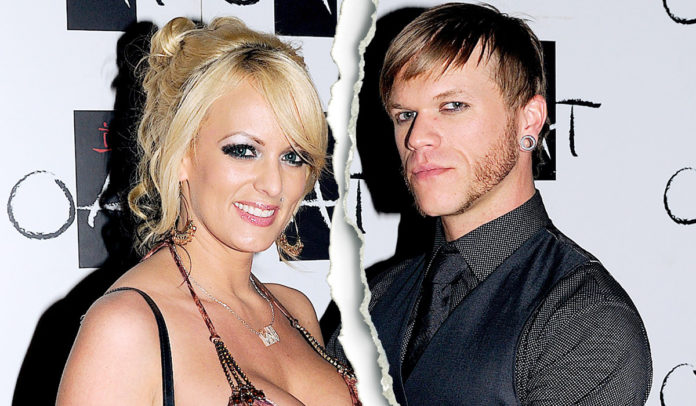 Stormy Daniels, whose real name is Stephanie Clifford, divorces her husband Brendon Miller. The couple had been married since 2015. In the divorce documents submitted, Miller claims that the actress, who has become a political phenomenon, cheated on him.

Although the actress was already a star in her field before the affair surrounding the President of the United States, Stormy Daniel is now enjoying worldwide fame. Even her lawyer, Michael Avenatti, has become an omnipresent media personality who keeps the scandal and himself in the headlines and all the news, late night shows and newspapers in the country.

According to a report in the gossip magazine TMZ, a judge has already issued a restraining order against Daniels that she may no longer approach her husband.

Although the divorce documents were already filed on July 11 and Stormy Daniels is currently in the spotlight worldwide, the news of the divorce battle only became known through a tweet by Michael Avenatti.

There he writes: »My client Stormy Daniels and her husband Glen have decided to end their marriage. A petition for divorce was filed last week, the accuracy of which is vehemently disputed.«

The date of the divorce suit is, however, piquant. On July 11, Stormy Daniels was arrested in a strip club in Ohio for illegally touching members of the audience. When she was arrested, which Avenatti had previously portrayed as a political intrigue, Stormy Daniels stated that she was not married, a potential sign that she was acting out and in distress because of her failed marriage. The actress was quickly released and all investigations stopped. Nevertheless, the new context of the arrest gives rise to fears that the credibility of the actress will be damaged by the events surrounding her divorce.