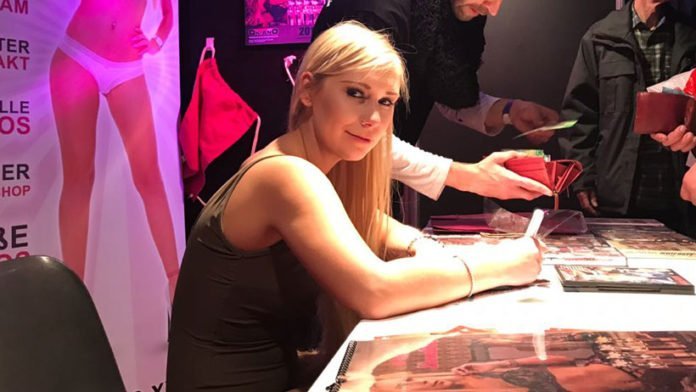 Lena Nitro has been one of the biggest stars of VENUS Berlin for more than ten years, which took place for the 23rd time in Berlin last weekend. Preparations were in full swing but Lena still took her time to answer a few questions for VAN. 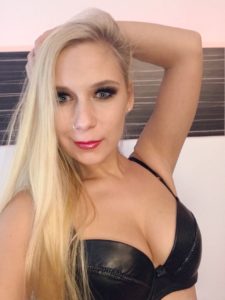 In the interview, she tells us that she is currently in the Netflix documentary »Die Pornomacher«. She also tells us what projects she’s currently working on, what she likes most about VENUS and what it’s like to make VR movies.

On your website, it becomes clear that you are also producing. So you don’t just work in front of the camera.

That’s right. I have been doing both for some years now.

You have been in the business since 2009. Do you prefer working with studios or do you rather work as your own producer?

Both. I think it’s nice to work with cool labels, but it’s also great to produce for my own website or my own DVDs, doing things I’m in the mood for or what I think looks good and would work well.

You’ve been active during a time of transition from the studios towards self-producing and direct distribution via streaming portals and clip sites. Meanwhile, there is a lot happening on your own website. But how did that start with you?

At first, I was exclusively working for Videorama for four and a half years. I was under contract there alongside Vivian Schmitt.

What were your favorite movies?

I actually like all the films I’ve worked on. There’s not one I would single out as the best of all.

You’ve also made some VR movies. What was the shooting experience like?

It’s just technically more challenging. The male performer doesn’t have so many possibilities to move. He is fixated under the camera. You just see the lower body and the hands and you have to do the whole action. Certain positions are excluded from the outset, which you can’t do because you can’t move around directly.

Is VR more appealing for you as it requires more acting, or is that especially exhausting?

Do you think that the big boom is still coming or will VR fade in the future?

As a consumer, I’m not a very good person to ask, because I belong to the few percent who get nauseous from it. But I think that the VR business will increase. At the moment it’s also still a price-related hurdle for people, as they might think it’s incredibly expensive. And it’s actually not that cheap. You have to get your glasses before you can even see them.

You run a large web site where you experiment with services like a WhatsApp group as well as videos and cam shows. What are your experiences with it?

They are very good. The WhatsApp group is set up so that I can send something to my fans, but they can’t write me back. Meanwhile over 2000 have registered there. I can send news to my fans, draw their attention to new films and advertise new products.

You have your own sextoy collection on the market. How did your partnership with Vibratissimo come about? 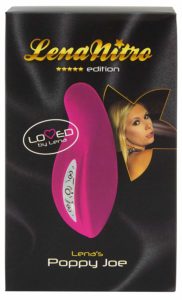 The company approached me and we simply sat down and thought about what we could do together. That was completely open at the beginning. We thought about whether I would act as an advertising partner for products that were already in the range, or whether we would create our own toy line together, which I would then help develop. And it quickly became clear that we would launch our own line. It is now called »Lena’s Little Helpers« and currently consists of four products.

We’ve been doing this for about a year now. They were introduced at the fair. And they have been on the market and can be ordered. And I think we will continue to do so.

Of the four products, do you have one that you like best?

I like all four of them and they are all my favorites.

What are you currently working on?

I’m working on a Netflix documentary series that’s coming out soon. This is going to be a cool thing. It’s about the industry, me and various other performers. There will be more shooting for the film during VENUS.

Also – and this was a secret until recently – a doll is being developed that is based on me. It will be presented at the fair as well.

Apropos Venus… When did you actually go to VENUS for the first time?

I can’t say that exactly anymore. I was at VENUS before I was Lena Nitro, privately. And I’m not sure if it was 2008 or 2007. And since then I’ve been there eleven, twelve times… I don’t know…

Personally as a visitor, I like to be in the business hall, where the toys and dolls and so on are presented. There it is possible to talk in more detail. In the other halls – and that’s nice – there’s often a lot of music and people are cheerful. Many exhibitors have a DJ and music and presenters. Of course, it is nice to meet the fans there, but the business hall is simply more suitable for detailed discussions.

What do you prefer to do after an exhausting day at the fair?

Well, normally the fair in a way continues in the evenings. This is simply a great opportunity to get in touch with the people even closer. You can just chat a little with colleagues and come down – as far as that’s possible at the parties, of course…

I just go to a bar and have a drink and of course, I like to sleep as early as possible. Because the fair days are great, but also very exhausting. But the reality is that you simply can’t sleep much during the four days of the fair.

And at which booths are your fans most likely to meet you?

I will be at the Real Doll 24 / Octano booth. You can definitely read more on my website, that’s where all my appearances are always announced. 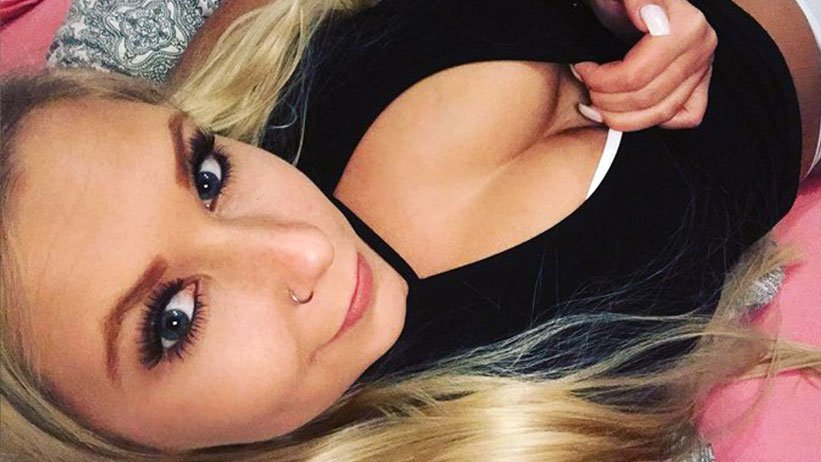 Lena Nitro’s website can be accessed via this link.