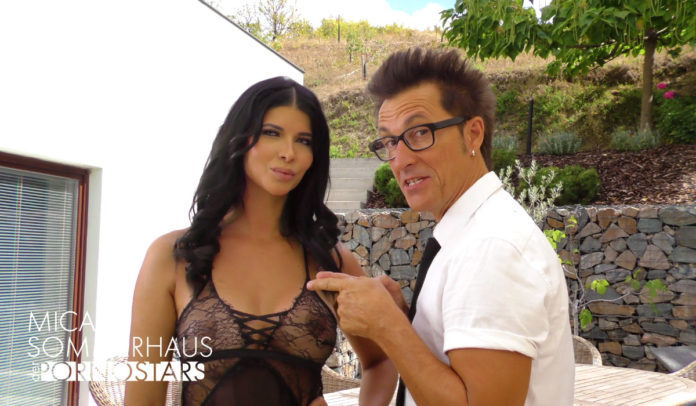 Berlin, Germany – This summer, Reality Lovers has brought some of Germany’s adult industry’s hottest performers under one roof.

In a reality show filled with suspense, the stars were often pitted against each other as they share the villa for a full week. The best part is that the show is shot in a mix of stunning virtual reality and 2D for that one-of-a-kind experience.

According to Reality Lovers spokesperson, at the outset, many of the stars when approached were intrigued by the project because it is such a hot series on German TV – especially when they heard that Micaela Schaefer was hosting it. “Once the first ones were booked, it turned into this snowball effect, with more and more wanting to take part. Micaela’s star appeal was what attracted many of the others to join this unique project, reveals the company’s CEO René Pour.”

All the house occupants were shuttled to the show’s top secret location, only sure of one thing – that they were invited by Micaela Schaefer, the star host of the original Sommerhaus and that they could bring their partner along. This is where all the similarities with the original hit series end.

The last occupant on the list, Conny Dachs, is a industry veteran presenter for 23 years, called on for the difficult task of reigning in the 10 strong personalities, each vying for attention of the ever-present camera crews.