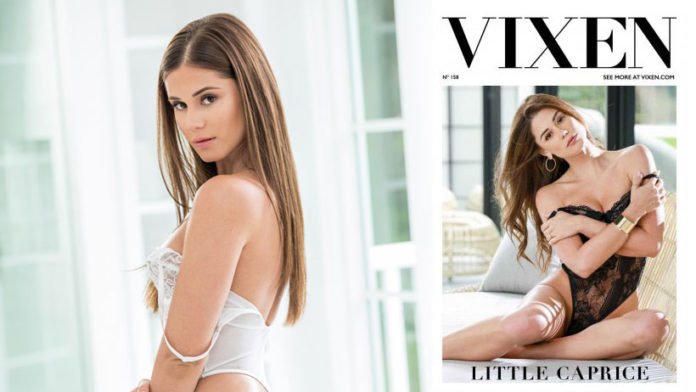 Little Caprice is definitely one of the fastest rising stars coming from Europe. For a year now she is regularly working for Greg Lansky’s successful Strike 3 label Vixen. In a glamorous ceremony published via Vixen’s popular Instagram account, the company crowned Little Caprice as the newest Vixen Angel, a much-coveted title as it comes with a lot of publicity and high visibility within Strike 3 content and promotion.

Abigail Mac was co-host of the ceremony and posted via Instagram: »What is up friends? And good morning! I am headed to the Vixen office right now. We are crowning the newest Vixen Angel today … so make sure to come join us. We’re going to have champagne, we’re going to have goodies and we’re going to have a lot of hot girls, so I’ll see you all there!«

The scene visible on the video published on Instagram showed red balloons and the co-host riding in on a massive, stuffed unicorn. During the announcement of Little Caprice’s newest success, Lansky toasted to her. He then gave a speech talking into a golden microphone. Everyone in the room began shouting: »Caprice! Caprice! Caprice! Caprice!«

This is Vixen’s Instagram account. If you want to know more go to Vixen’s official website. Additional information about Little Caprice can be found on her own site.