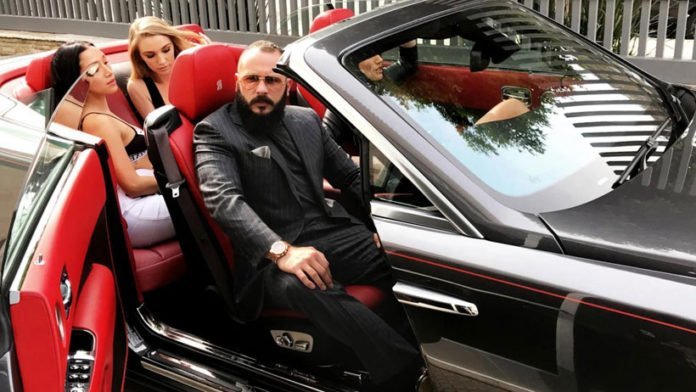 The company’s board of directors confirmed the sale of Lansky’s shares and stressed that the director was leaving the company to pursue new business ideas in the cannabis field.

Lansky himself also made a diplomatic statement in the interest of the company. »It has been an incredible journey where together with my business partners, Steve Matthyssen and Mike Miller, we built legacy brands and an incredibly successful company at a time when the industry was at an all-time low. I am so proud of the work we did together. As a team, we revolutionized the adult industry and created new standards of quality that put VMG in a unique position in the market. This is a new year, and with the company’s all-star creative, production and management team, I feel it’s the right time for me to move on and focus on my new business opportunities in the cannabis space.«

In his farewell, Lansky finds warm words for his team: »I want to thank the entire team for their dedication to VMG’s commitment to excellence. I also want to personally thank Steve and Mike for their incredible work, support and determination throughout the years. Steve and Mike are extremely talented and there’s no doubt they will do an outstanding job for the future of this company.«

Miller and CEO and co-founder Matthyssen praise the collaboration with Lansky and are optimistic: »Almost six years and six brands later, I take immense pride in the accomplishments we have achieved together. Collaborating on this venture has been a pivotal part of our careers and Greg’s contributions as a founding member of this business will always be remembered.«

Commenting individually on Lansky’s departure from the group of companies that he left behind, Matthyssen said: »I couldn’t be more grateful for the company we’ve built together and wish Greg nothing but success in his new ventures. Undoubtedly, he will move on to do great things in all of his pursuits. We’ve made serious history in this company and I’d like to extend my gratitude and appreciation for years of collaboration together.«

So all involved are full of praise for each other. Nevertheless, the departure of perhaps the most successful pornographer of the last ten years seems somewhat surprising. It remains to be seen how the group will fare without the charismatic co-founder, who has always been the public face of the brands.