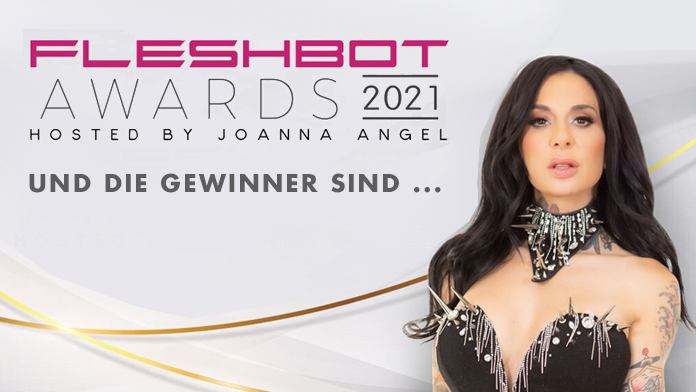 This year’s winners of the Fleshbot Awards were announced during an event hosted by Joanna Angel.

The fan-voted Fleshbot Awards were awarded again this year. Winners in numerous categories enjoyed the encouragement of fans worldwide, who had cast their votes for their favorites and favorites for several weeks beforehand.

From individual performers to platforms and adult brands, there were numerous categories for which fans could vote to award prizes. A spokesperson for the organizers said, »This year, the Fleshbot Awards announced a brand-new format introducing a more comprehensive range of categories and inclusivity along with a revamped voting platform sponsored exclusively by Streamate.«

He added: »We counted thousands of votes and the winners are the best and the most popular among adult entertainment fans,” the rep said. “Congratulations to the winners and a big ‘thank you’ to all their fans and Fleshbot readers for participating in this year’s awards.«

Some of the biggest winners of the awards include superstars Angela White, Abella Danger and Rachel Starr, Chi Chi La Rue, Aubrey Kate, Emma Rose, as well as Johnny Rapid and Jax Slayher.

These are the winners of the 2021 Fleshbot Awards:

Director of the Year
Kayden Kross

Cam Newcomer of the Year
SofiasWetDream

Cam Couple of the Year
MySweetApple

Trans – Movie of the Year
I Am Aubrey (Evil Angel)