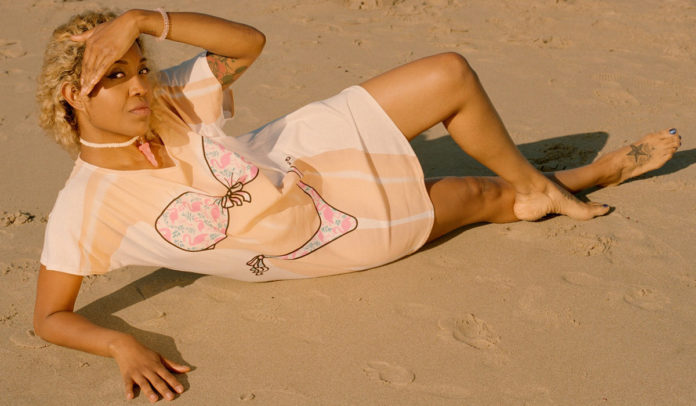 Defying those conventions worked to Ms. Shibari’s advantage, and she staked a claim to a growing niche. By 2016, she had become the first plus-size model featured in the pages of Penthouse. But that recognition came after years of Ms. Shibari and other adult entertainers pushing against the industry’s boundaries.

Performers of her size were typically cast in fetish scenes that emphasized their weight — “feeding or gaining or squashing or face sitting,” as she put it. Ms. Shibari was more interested in sex. So she started making and distributing her own films, which gave her the freedom to produce the kind of material she would actually want to watch.

“The decentralization of the industry is giving workers more power,” said Heather Berg, a lecturer in gender studies at the University of Southern California who studies labor issues in pornography. “It’s now so easy to produce and distribute your own content that workers are a lot less dependent on the boss.”

That means performers can now run their own shows. The rise of webcam work has opened up a style of performance that can be totally controlled by the model in her bedroom. The accessibility of film cameras, alternative hosting sites and webcam tools like Skype have made way for a wider range of sexual and gender representations. And social media has given women a voice offscreen, where they’re puncturing mainstream stereotypes while calling out destructive industry practices, too.

“Since the recession, we’ve seen this giant influx of women who are older, college educated and have backgrounds in business,” said Ms. Shibari, who currently works mostly as a marketer. “Now we have all these empowered women who want to speak up.”

Women have always capitalized on technological change to find a way into the male-dominated industry. The popularization of the VHS tape in the 1980s allowed them to experience pornography in their homes instead of in darkened theaters surrounded by guys. Newly affordable cameras made it possible for them to shoot and direct their own films. And even as studios have faltered, independent companies have gained footholds.

“I had always been interested in sex work, but I didn’t think I could do it without changing myself to present more in line with mainstream aesthetics — how I looked and how I had sex,” Mx. Lee said. “When I started, it seemed like everybody looked like Stormy Daniels.”

The rise of webcams has meant a boon in one-woman shops that can accommodate potentially endless performances. “I tend to not maintain the standard of beauty that the industry is looking for,” said Ingrid Mouth, who started performing on webcams when chronic illness made it difficult for her to sustain her career as an illustrator. “When you’re shooting your own content, you’re creating your own narrative. You’re building your own audience. It’s totally open-ended.”

But more recently, Ms. Penley said, “I’m impressed how these efforts cross much of the industry, from Stoya to Stormy Daniels, from the cammers to the sex toy companies.” There is a growing sense that there is no bright line between feminist material and mainstream material.

Their rising profiles have also given them opportunities to act as change agents within the industry. Recently the performer and activist Lotus Lain leveraged Twitter to speak directly to her fans, explaining that she had stopped shooting scenes with men because she was too often cast in racist scenarios. “There are all kinds of kinks in the world,” Ms. Lain said. “I don’t understand why our industry chooses to play into the racist ones.”

None of this is to say that these changes have been an unqualified good for women and other marginalized people. Seizing more control over the material often requires women to work more for less. Niche queer and feminist productions tend to serve smaller audiences and pay less, too. And a new law ostensibly passed to crack down on sex trafficking also risks sending all sex work underground, forcing women to again work through intermediaries and walk back the freedoms they have gained online.

Molly Matalon, an artist and photographer in Los Angeles, received her B.F.A. in photography from the School of Visual Arts in New York City.