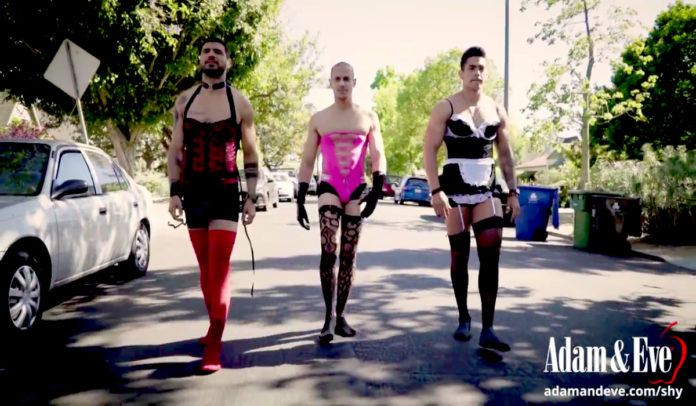 The sex shop chain Adam & Eve has published a new five-minute video on YouTube that shows men trying on sexy underwear. Reality TV star Rachel Reilly asks male colleagues to put on the occasionally somewhat complicated textiles and is having a great time.

Lingerie, underwear and lace bras are an established method to spice up a couple’s sex life and they also emphasize or celebrate body shapes. But Adam & Eve humorously demonstrates that it can be tedious to put on the seductive textiles. The company hired Rachel Reilly (known from the US version of Big Brother) and three male models. The men have to try on Reilly’s selection of lingerie and thongs while being mockingly teased.

It’s a pity that the idea is executed a little too professionally and posed. It would probably have been funnier if the protagonists had had less camera experience.

One of the actors agrees. He had never known before how complicated underwear and lingerie can be. »Women have to go through a lot more than I realized.«

To find out more about Adam & Eve, click here.