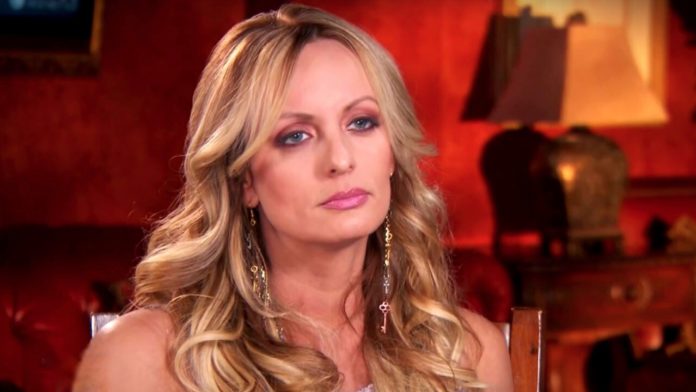 As if the current president of the United States doesn’t have enough on his plate. The famous Russia investigation by special investigator Robert S. Mueller III is still in full swing and leading to guilty pleas by many former Trump associates, Trump’s own party is rallying up against him because of the trade war talk he is tweeting to a shocked world community, his favorite advisor Hope Hicks will step down and so many other troubles that can’t possibly be counted. And yet there is Stormy Daniels, the alleged affair, a porn star apparently paid to keep quiet close to the election.

Now the juicy affair that up until now was only a headline-generating headache and maybe cause for rather unpleasant talks with his wife Melania Trump, might become a legal problem of its own. The F.B.I might get involved in investigating a payment made to Stormy Daniels that took place close to the election in 2016.

So far Trump’s lawyer Michael Cohen seems to be willing to take the blame. He is claiming that he made the payment on his own without knowledge of anyone in Trump’s campaign and without getting compensated for the money.

Ted Lieu and Kathleen Rice though, two Democratic members of Congress sent a request to the FBI director Christopher Wray. The two politicians demand that the FBI would open an inquiry into the payment of $130,000  to Stormy Daniels and into another payment made by the National Enquirer to former Playboy model Karen McDougal. She allegedly got paid 150,000 for the exclusive story of her own affair with Trump. The story was bought by the National Enquirer and subsequently buried by Trump friend and publisher of the National Enquirer. In their opinion, the payment constitutes a felony.

And this felony might become a real danger to Trump’s presidency. Because the Washington Post reported that Trump’s lawyer lied. He did in fact »complain[ed] to friends he had yet to be reimbursed for the payment to Daniels«. This suggests very clearly that Cohen did not act on his own and without knowledge of the Trump campaign. In fact, it makes it highly likely that Trump himself knew and approved the payment.

Lieu and Rice said in a statement: »Payments to silence individuals with negative information about then-candidate Trump may violate federal election laws. There is more than sufficient evidence« that a crime was committed.