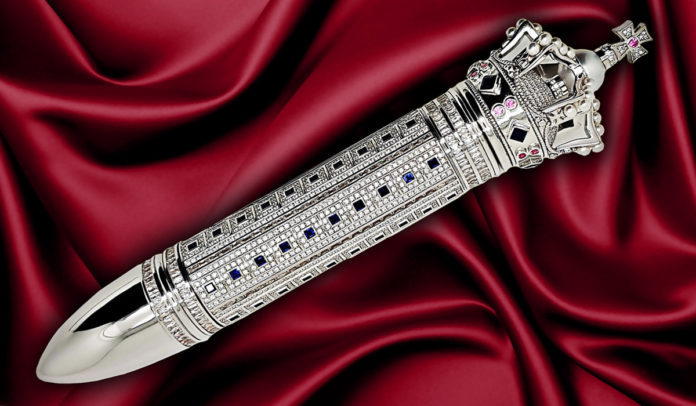 In an interview with the New York Post, he said: »My inspiration was to create something that shows the value people place on sex.« He is confident he might find a buyer. He said a lot of people »spend lots of money for the experiences of owning Maseratis and the like.« So why not treat yourself or your wife with a costly pleasure toy?

Apparently Burn created two Pearl Royale, but he will only sell one. The prototype had to be used for testing … Burn said: »The real one is in a vault. We don’t want to soil it.«

If you want to know more about Burn’s creations, click here.