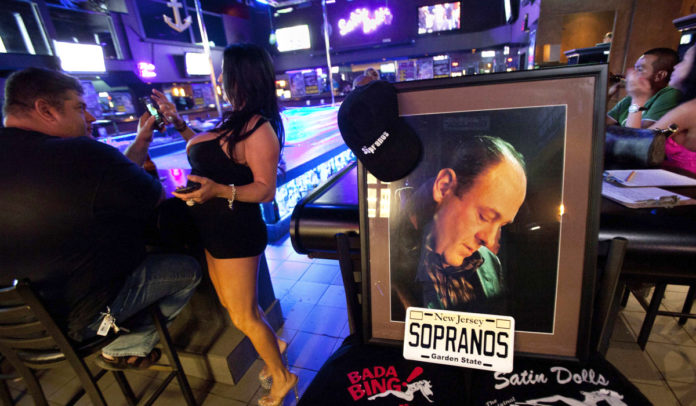 The strip club serving as the backdrop for Tony Sopranos’ headquarter, the fictional The Bada Bing! Club, on the long-running HBO hit show »The Sopranos« was ordered to stop offering live entertainment which translates to an order of closing down by December 17.

For people close to the matter this doesn’t come as a surprise as the owner Anthony Cardinalle, also known as Tony Lodi, was an informant to the FBI and tied to the Mafia. Another New Jersey-based club owned by Cardinalle, the A.J.’s Gentlemen’s Club, also got an order to shut down its operations.

The move became necessary because Cardinalle, 64, was still running the clubs while legally forbidden to do so because a guilty plea by the alleged mobster in 2013 for racketeering and extortion charges disqualified him from operating strip clubs and bars serving alcohol. He still found ways to remain in control of his clubs and now the Attorney General Porrino stepped in.

Inn his statement Porrino said: »The Cardinalles may have wanted to keep the business in the family, but that’s not how it works. Their continued flouting of Alcoholic Beverage Control laws cannot and will not be tolerated. Illegal activity was glorified at the ‘Bada Bing’ in the fictional world of Tony Soprano, but it has no place in modern-day New Jersey It’s time to shut it down.«

According to the statement Cardinalle also »failed to account for large amounts of cash flowing in and out of the businesses.« Porrino forces Cardinalle as well to sell or transfer his liquor licenses no later than January 3.