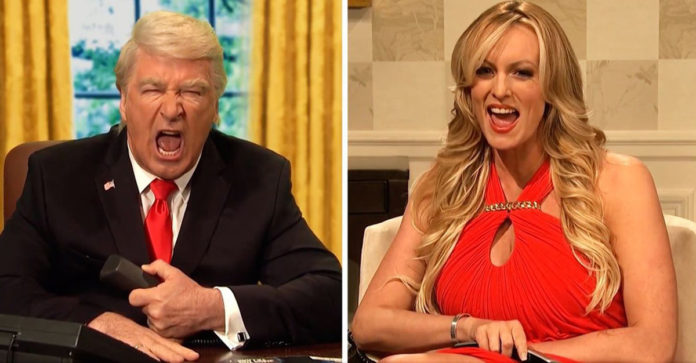 Stormy Daniels is quickly rising to superstardom. A good sign of her growing pop culture allure is her appearance on NBC’s long-running legendary sketch series Saturday Night Live, the breeding ground for iconic US comedians for decades.

In a chilling announcement, she made clear what she really wants from the current President of the United States with whom she alleges to have had an affair while Trump’s wife Melania was still recovering from giving birth to the couple’s son Baron. Asked what she wants from Trump Stormy Daniels replied cooly: »A resignation.«