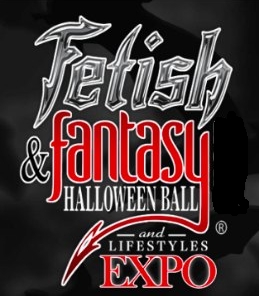 FFHB event producer, Jeff Davis announces, “We extend our deepest gratitude to our event sponsor, Chaturbate, for their continued support in making the Fetish and Fantasy Halloween Ball and Lifestyle Expo, a unique opportunity for open-minded adults to experience total-immersion entertainment.”

Davis addressed concerns regarding the security of the event in a recent interview saying, “Red Rock is notoriously strict with their security, being the flagship property of the Stations Casino Group, and has perhaps the most elite security team in Las Vegas. Now, in light of the unfortunate circumstances of October 1st, the Red Rock is adding Metro Police officers to the staff for all special events, ensuring that all Red Rock guests and event attendees are as safe as they can possibly be. We also have a great audience that has kept The Fetish and Fantasy Halloween Ball one of the most safe, sane events held annually in Las Vegas, while still offering the most outrageous and risqué Halloween experience anywhere in America.”

Don’t miss the Halloween event Travel Channel named “One of the Top 10 Events in the World”; General Admission tickets are still available, along with a very limited number of VIP passes for the Fetish and Fantasy Halloween Ball. Information on entry passes, the event schedule, floor plan and hotel discounts is available through the official website, http://www.halloweenball.com.

###
About The Las Vegas Fetish and Fantasy Halloween Ball:
The Fetish and Fantasy Halloween Ball is the longest running, adults-only, Halloween event in Las Vegas, Nevada. There are three arenas of live entertainment running concurrently during the event and non-stop dance, funk and oldies music to keep the crowd moving to the beat. The FFHB is the only remaining branch of the Monster Massive musical event series and is celebrating its 22nd Anniversary in 2017.