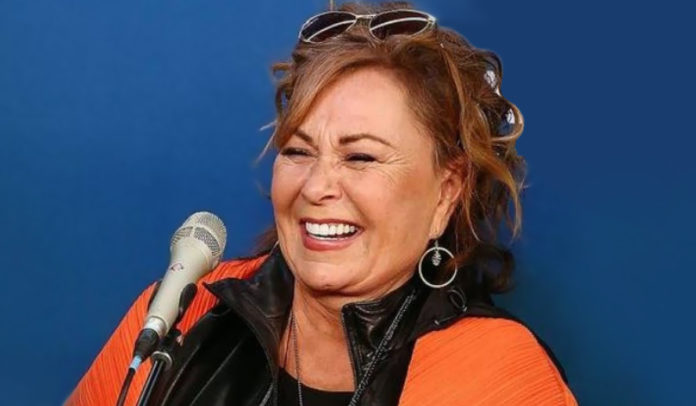 Disgraced comedian Roseanne Barr might have lost her revamped sitcom »Roseanne« but she might have a future in adult entertainment. XBlaze Productions offered her $150,000 to appear in a scene for XXXLBlaze.
Roseanne Barr, a superstar of the 90s, recently twittered away her chance to become one of the best-paid comedians again. Her revamped sitcom »Roseanne« brought back the whole cast of the original series, teamed her back on with John Goodman and earned »monster ratings« (New York Times about her 18 million viewers) for the television giant ABC. The show, albeit controversial, was on its way to become a cultural phenomenon again. It was also ABC’s attempt to win back Trump supporters for mainstream TV while also having liberals glued to the screen. A reunification of sorts.
Roseanne’s alter ego Roseanne Conner was now a Trump supporter, while her family remained liberal. A culture clash like many American families have to endure day by day. Roseanne Barr though was already famous for increasingly erratic behavior and conspiracy theory-laden rants. When the sitcom came back Roseanne Barr was barred from Twitter by her own family. Recently she got back to the tweeting habit and dipped back into the crazy, sometimes racist, most of the time very strange universe of Infowars, Breitbart and other outlets for conspiracy theories of the extreme right.
A week ago she made an openly racist joke on twitter and got immediately fired by Disney/ABC. Her newly found fame and her successful sitcom were canceled. Production for a second season started only recently.
Entering Jeff Dillon, CEO of XBlaze. He rightfully saw a brilliant marketing opportunity for its brand and its new series of BBW porn. In his statement, he said: »Roseanne Barr is an icon who has been a part of the American pop culture landscape for over 30 years and we want to celebrate her brilliance and unique talents with a showcase scene for XXXLBlaze.«
Dillon tried to sweeten the deal even though her political preference for Donald J. Trump whose anti-porn agenda is only starting to take up steam might be problematic for his company in the long run. He said: »She would be quite welcome in the adult industry, a place that understands and embraces outspoken, flamboyant and different kinds of people who speak their minds. We do not condone or judge what Miss Barr has said in the past. We just want to give her a job.«
Let’s not pretend Dillon really thinks Roseanne might take his offer. He just used a worldwide headline and made it into good PR. But that is something big and small companies in the industry can do every day. It’s basically free marketing if you are smart – and a little ruthless.
If you want to know more about the company behind the PR-stunt, go to XBlaze.com.