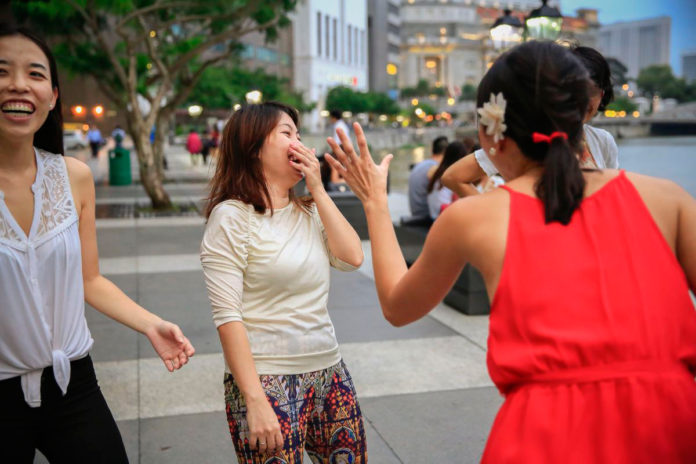 A worker made an epic blunder while testing out the big billboard at the Ningbo Tianlun Square shopping mall in Ningbo, China.

The raunchy clip of a woman stripping was allegedly saved to their laptop, according People’s Daily. But when they walked away and left the laptop on autoplay…

Well, you can see for yourself.

The incident was reported to Yinzhou police and the worker, whose identity is not known, was interrogated.

One security guard told Qianjiang Evening News: ‘The content of the video was really…I am too shy to talk about it…’
But some people found the explicit display pretty funny.