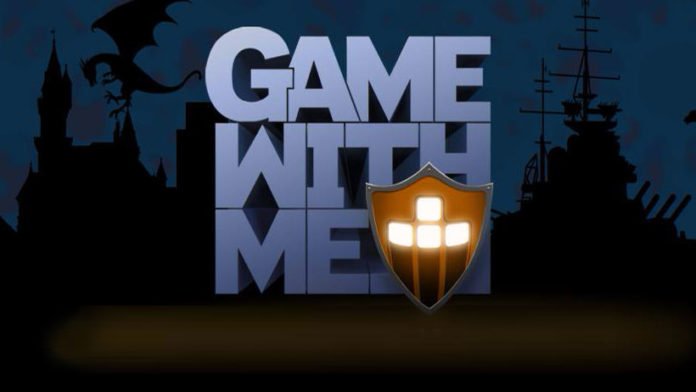 GameWithMe is a streaming platform that, like Twitch, is explicitly aimed at gamers. The unique selling point of the newcomer? The portal does not want to exercise any censorship and, unlike the market leaders, wants to distribute the majority of its revenues to gamers.

Gamers are currently using Twitch and Youtube to stream their e-sports games and gaming videos to millions of viewers worldwide and to make them available to their fans and followers.

However, there is a lot to consider, especially with live streams. And some gamers suddenly found themselves banned despite a large number of fans. Violations against user guidelines can happen in many ways, on Youtube it is sometimes enough to swear too often and one can already be removed from the important advertising program. Other gamers were too explicit or controversial, others still got their accounts blocked and lost access to their audience for nudity or implied nudity.

GameWithMe explicitly presents itself as an alternative for those gamers who have already experienced problems with the censorship at the large websites or who want to show themselves from a different, rougher perspective. More and more players are earning money with their streams, and the growing popularity of e-sports will undoubtedly lead to a further growth curve in the market.

With so much growth, you’d think there’s room for niche providers alongside Twitch and YouTube. After all, the great pioneers in the field are being forced to censor content more and more because of ever stricter regulations and social expectations. GameWithMe wants to focus on censorship-free offers right from the start and also lure streaming gamers away from the market leaders with higher payout rates. Up to 70% of all revenues will flow to the content producers, which is of course only exciting if the audience reach is high. And Twitch and YouTube are ahead of the game for the time being.

However, Steve Hamilton, CEO and founder of GameWithMe, is a combative man: »Our competitors are marginalizing all broadcasters on their platforms, and only paying the top 5% like the stars they are. We want GameWithMe to be the home of excellent gaming content, with the ability to have paid shows that are free of censorship.«

Is the argument »censorship-free streaming« enough when it comes to gaming?

Hamilton himself founded his company as a result of his experience in censorship on one of the major platforms. Due to a shirt worn by one of his female broadcasters that showed too much cleavage and violated the guidelines, his entire account was blocked.

In addition to the question of whether gamers would really risk their mostly young careers for a hitherto unknown portal for better treatment and censorship-free streaming, the audience itself will play a big role. Is there enough enthusiasm for another platform?

At the moment GameWithMe is running in a beta version. If you want to learn more, you can have a look at the website of the new platform.