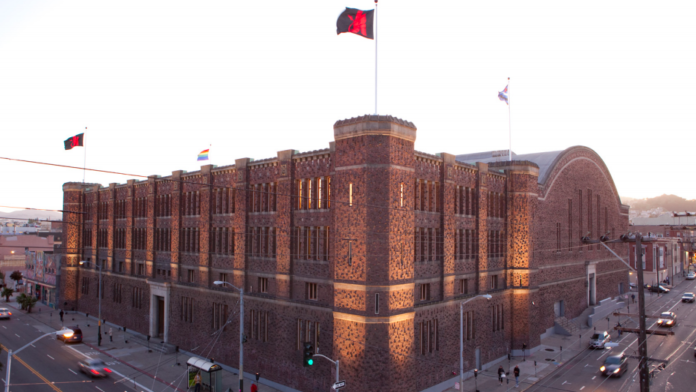 The infamous and legendary fetish studio Kink.com will finally leave San Francisco for good. Production already had moved last year but now the cult producer will sell off what’s left of the production props. So fans of cages, bondage equipment, and weird torture machines will have a field day.

The had been used for events and temporary markets since Kink left the premises. But there are still lots of antique furniture, artwork and production props that will now become available for fans and collectors alike.

Kink.com announced a sale to clear the building of its kinky past. Mike Stabile, a spokesperson for Kink.com, said: »It’s not your grandmother’s estate sale. Those with more discerning tastes will definitely find a little leather mixed in with the lace.«

The company commissioned to handle the sell-off is The Yes Co. On its website the company announces the sale of antique furniture, steel birdcages, human steel wheels, a grand piano, medical chairs, globes, drapes, an eight-foot grandfather clock and many more.

Stabile said: »In our decade in the Armory, we spent almost as much time decorating it as we did shooting in it. Anyone who came here on a tour, or for a party, or a business meeting will remember the high Victorian décor, the vintage furniture, the walls of art, and the tremendous history. There are some truly amazing pieces, and we’re excited for them to have new homes.«