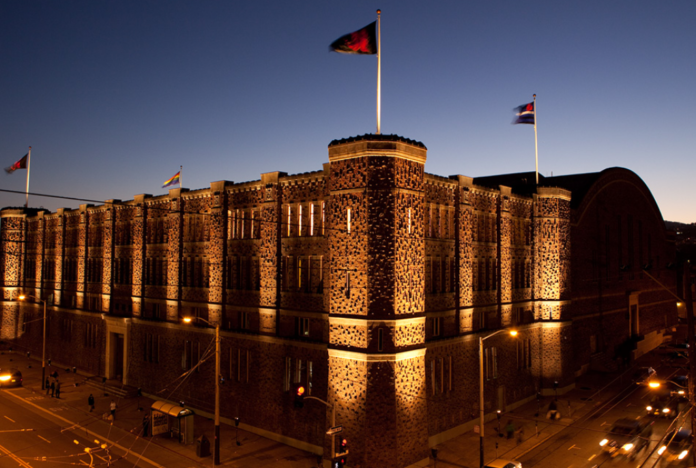 SAN FRANCISCO — Peter Acworth summed it up quite well.

“It’s the end of an era,” said the Kink.com founder, who purchased the historic 200,000-square-foot Armory in San Francisco’s Mission District for $14.5 million about 10 years ago.

Kink.com is ending film production at the facility at Mission and 14th streets next month, and its directors are moving on to Southern California, Nevada and other parts of the Bay Area. Kink will continue to have administrative offices in the building.

The move is being driven simply by economics.

“We have had to change our business model,” Acworth told SF Gate tonight.

As a result of slowing online sales, Acworth said something had to be done. So last year he received city approval to convert the building’s 40,000-square-foot drill court into a venue for entertainment with a capacity of 4,000 people.

Acworth estimates that a minimum of $13 million, maybe $20 million, to bring the Armory up to code. The facility has no heat or elevators and is not accessible to the disabled.

The facility as a non-porn entertainment venue has legs, apparently. Just a few weeks back the Chemical Brothers threw a big New Year’s Eve party there.

“The Armory is an amazing property that many in the adult industry have appreciated these many years … from the Upper Floor to the Padded Cell,” Tynan said. “In the coming months, we will have more news about the venue.”