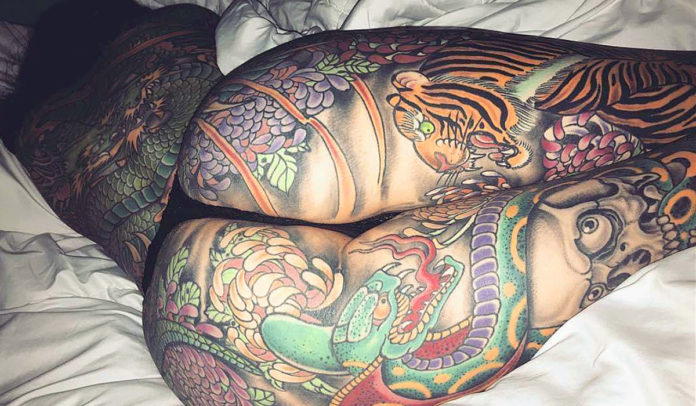 Last Saturday evening, the winners of this year’s Inked Awards were announced. The award show sponsored by MyFreeCams annually honors some of the best actors in adult entertainment.

The non-traditional purple rug of the pre-show event provided the occasion for a little spectacle. Guests were also able to enjoy themselves through a photo booth.

Jason Jones, owner of Inked Angels said: »We could not be more pleased with how amazing the night was! Romi was a fantastic host. The amount of support that we received this year is very humbling. We’re already looking forward to making the 2018 Inked Awards bigger and better. An extra special thank you to our presenting sponsor, MyFreeCams, who helped make the event a great success!«

The winners of the Inked Awards 2017 are:

Starlet of the Year
Holly Hendrix

Director of the Year
Joanna Angel

Studio of the Year
Burning Angel