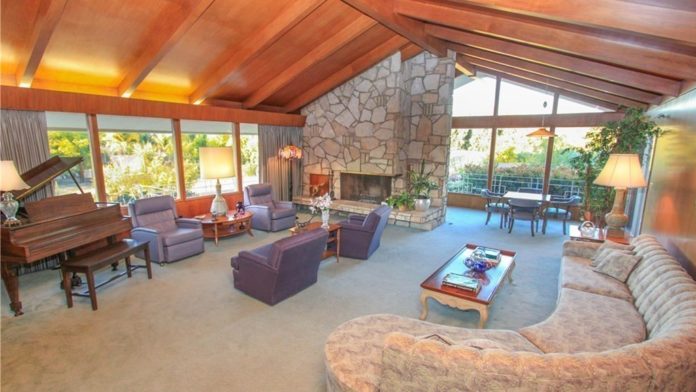 The approximately 4,000-square-foot house was used to depict the home of pornographer Jack Horner, played in the 1997 film by Burt Reynolds. It had been listed since March for $1.25 million, records show.

Built in 1958, the groovy spot is a throwback with its vinyl carpeting, wood-paneled walls and an old-school stone fireplace. Colorful ‘70s-era wallpaper keeps the eyes moving throughout the four-bedroom house.

Gardens line the perimeter of the grounds, which include ample patio space and a swimming pool and spa. The 1.35-acre property is also zoned for horses.