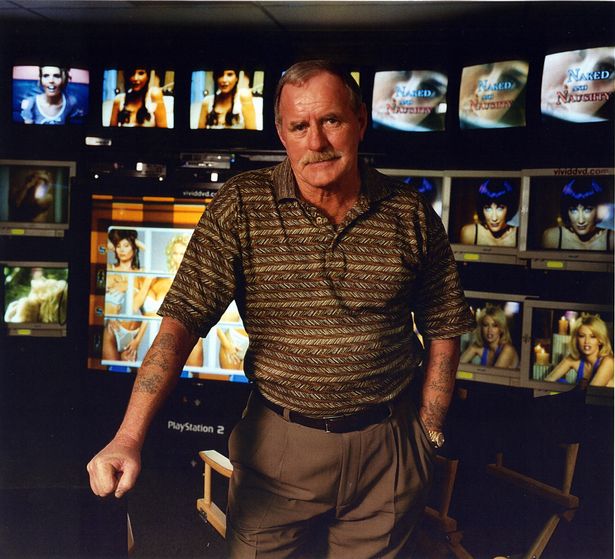 James McCarthy writes for Wales Online: »You probably never heard of him – but he’s got millions in the bank and runs one of the biggest names in pornography. Dewi James has come a long way since he left school at 15 to become a miner. In fact, one website once called him “arguably the most culturally influential Welsh person alive”.

His company has been home to the sex tapes of Kim Kardashian and Pamela Anderson, and to some of porn’s biggest stars, like Jenna Jameson.

And in 2011 Vivid’s other co-founder, Steve Hirsch, reportedly offered $5 million to the Duchess of Cambridge’s sister, Pippa Middleton, to take part in an adult movie. Her brother would get $1 million if he appeared in a separate scene.

In the letter, Hirsch wrote: “As far as I was concerned, you were the star of the recent Royal Wedding. As I watched a broadcast of the event I couldn’t help but think that with your beauty and attitude you could be an enormously successful adult star. For just one explicit scene I would be pleased to offer you $5 million and, of course, you would have a choice of partners.”

For Dewi, work is more a hobby than a chore. He rarely goes into the office now.

He was born in 1941 and raised by his mother in Blaengarw, at the end of the Pontycymmer Valley, near Bridgend. His first job, like many men in the valley, was at the coal face of the now defunct Ocean colliery.

Today his Valleys accent competes with a Californian twang.

“That coal mine doesn’t exist anymore,” he once said. “I was just a young lad. I think I could see the writing was on the wall. I really wanted to travel. I think that’s probably why I joined the Army.”

He signed up to the Gordon Highlanders and stayed with the regiment for 14 years. After that, he went to Bermuda, where he worked for the prison service.

“Very legal” is how he has described his position vis-a-vis the US Department of Homeland Security.

“I stopped off in LA on the way to Australia, thinking I was going to settle down there,” he said in 2004.

“I found I liked the place and decided I would stay, even though I was illegal. The only job I could get was a bartender.”

One night at the bar he met someone working in an adult theatre. They got talking and it became clear his legal status would not be a bar to getting a job in the adult industry.

Soon after he decided he could do better himself and in 1987 he launched his own company, Vivid Video, with Steve Hirsch.

But Americans have difficulty pronouncing Dewi, so he changed it to Dave. And Dewi “David” James is regarded as something of a legend.

In 2013, it was ranked the third biggest adult entertainment company in the world, behind Playboy and Larry Flynt Publications. In 2004, it was turning over more than $100 million a year, but back then it was distributing nearly all its films on DVD.

That has changed dramatically.

“DVD sales are barely alive at this point,” said Steve Hirsch in 2014.

“We’ve seen probably an 80% reduction in sales over the past five years — to the point where fairly soon it’s not going to make sense to put movies out on DVD. It’s not going to happen tomorrow, but we are certainly marching towards that day.”

In 2007 Vivid filed a copyright infringement lawsuit against one of those sites, PornoTube. It alleged the site was profiting from the illegal posting of Vivid’s copyrighted films. The case was settled out of court.

“We’d like to stay here. This is our home, where we’ve produced for the last 30 years. But if we’re forced to move, we will.”

Over the years Dewi has been responsible for some technological breakthroughs of his own. Vivid produced the first multi-angle DVD in the world, allowing the viewer to choose the vantage point he watches the movie from.

And from condoms to herbal remedies, the list of adult products that have carried the Vivid logo is long.

The Economist once reported Dewi was developing a suit which, worn by one partner and wired up to the internet, would allow another partner, anywhere in the world, to send electrical pulses to their loved one’s sensitive spots.

“We have actually tended to be the leader in the technology,” he has said. “For example, when DVD came out we were the first ones in the world to have things like multiple angles and multiple endings, including Disney and Warner Brothers.”

Despite the industry’s problems Dewi still sits astride a media empire that spans the globe.

When we spoke to him all those years ago, he described how he likes to spend as much time as possible on his “very large boat”.

He lived in a $4 million gated community home in Los Angeles and had six cars, including a Maybach, described by its manufacturers as “a masterpiece of automotive engineering”.

He estimated he had $45 million in his bank account.

Vivid is sill making headlines. It was reported in May the firm was courting US reality star Amber Portwood to make another celebrity sex tape. She and now ex-boyfriend Matt Baier met with Hirsch in LA.

They told TMZ: “The meeting with Steven and Vivid was very professional and low key.”

Last year it was reported sales of the Kim Kardashian sex tape were soaring once again because of Kanye West’s video for Famous.

According to TMZ, the sex tape has reportedly made $100 million and been watched 210 million times online, on DVD and on Vivid TV.

“Despite all of the controversy surrounding Kanye West’s Famous video, it may be the new favourite for Vivid Entertainment,” Hirsch said.

“The reason is, with all of the publicity that the ‘Kim K Superstar’ sex tape is getting in the coverage of ‘Famous,’ Vivid is seeing a spike in sales for the movie.”

Dewi has long been aware of the industry’s ability to recycle itself.

“There’s no end in the life of the thing – it goes on forever,” he said.

They’ve gone. In their place are Rolex-wearing impresarios like Dewi and the Harvard-educated executives he employs.

As an immigrant, he started with nothing. He has lived the American dream.

“I have been rather lucky,” he said.