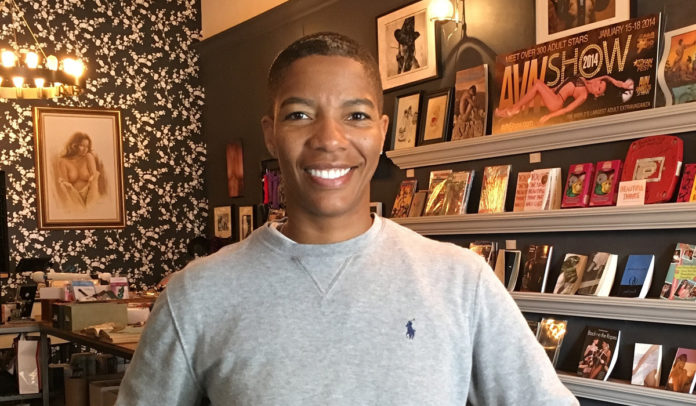 The charismatic sex shop owner of the Oakland based Feelmore boutique is already setting her eyes on a second store. This time she wants to open a sex shop in the airport of San Francisco.

In an interview with the San Francisco Examiner Nenna Joiner said that right now rules for small business owners are barring her from renting a space to open a store. The only reason is a revenue threshold of $250,000 that is required to get an opportunity to open a shop at the airport. Joiner is taking her fresh social media fame to lobby publicly for a  lowering of the revenue requirement to $150,000.

On January 16 the owner of the Feelmore boutique made her case before the Airport Commission. She knows that aside from the revenue threshold there might also political objections against a sex shop in an international airport.

She is even joking about it: »It’s not like an olive oil store. We definitely wouldn’t sell handcuffs at the airport.« Her plans for the store envision lubricants and products that could be packaged in a discrete way.

Joiner did of course make her market research and zeroed in on San Francisco’ traditionally sexually liberal image. And Events like the LGBT Pride Parade and the BDSM-themed Folsom Street Fair draw an audience from all over the world.

Joiner seems to be pragmatic about her chances to get her part of the business. Nevertheless, she is still ambitious: »As a sex store, fighting for this is different than a shoe store fighting for this. Pray for more, but be grateful for what you get.«