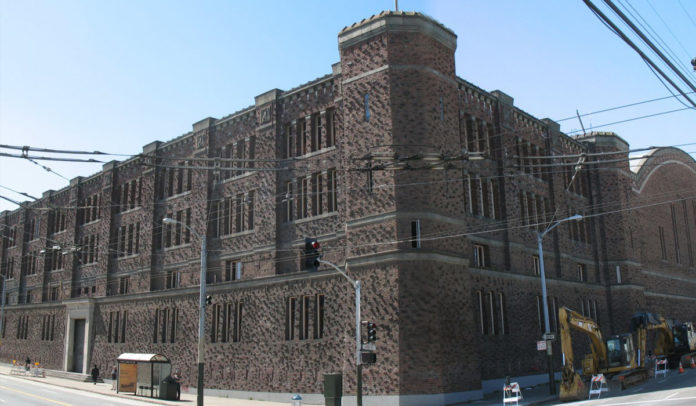 The armory was built in 1914 and served as an arsenal for the U.S. National Guard. From the 70s on the building was vacant. During that time several scenes from »The Empire Strikes Back« have been shot at the Armory. In 2007 fetish specialist Kink.com bought the building for $14.5 million and used the 200,000 square foot location as headquarter and production site for many productions for the studio.

Therefore news of the sale of the Armory to Soho House for $65 million came as a surprise. Soho House was described as operator of a chain of nightclubs owning 18 locations around the world. The sale would have meant a steep profit of more than $50 million for Kink.com but a week after the news made headlines in trade publications and newspapers alike the Twitter account of the Armory sent out a denial.

By now Soho House, too, denied the attempt to buy the Armory. These reports were »not true. We love San Francisco, however, we don’t have a space confirmed as of now.«