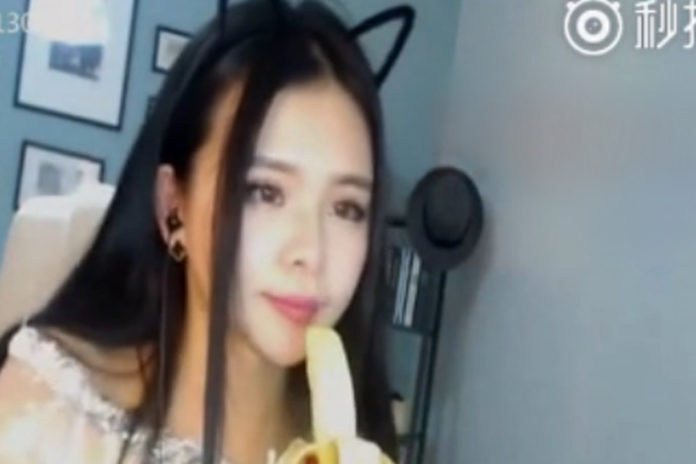 There has been a considerable amount of panic in the news following the Chinese government’s recent notice threatening to ban three of China’s largest live-streaming services. Some worry that this is another example of the government trying to crush online political dissent, while others proclaim the impending doom of the $4 billion industry.

But while it’s true that the Chinese government under President Xi Jinping has tightened control over political opposition on the internet, that isn’t really what’s at stake with this latest crackdown.

“I haven’t seen much evidence that live streaming has been used as a political platform. It’s mostly social,” says Adam Segal, an expert on cybersecurity in China from the Council on Foreign Relations.

Andy Tian, the CEO of Asia Innovations Group, a Beijing-based startup that offers live-streaming services, agrees, suggesting that this new wave of regulations is about something more surprising and somewhat more … innocuous.

After the government issued the notice, which singles out the companies Sina Weibo, iFeng, and AcFun, all three firms saw their stock prices fall. Weibo, the microblogging site under Sina Corp that overtook Twitter in number of users this May, saw its stock fall 6 percentage points within a day. That’s about $1 billion of its market value.

The government’s threat clearly had an impact, but neither Chinese business owners nor social media users are all that alarmed. This isn’t just because the regulations cited in the notice were already formalized seven months ago, but because users recognize that, at least for now, this threat to shut down three of the largest live-streaming platforms is really just that: a threat.

“These big companies will never incur permanent damage,” Tian says. “It’s always just a slap on the wrist. And [the companies] are used to it — if you’re big, you get slapped around.”

In other words, it isn’t clear what these companies were meant to do in response to this notice, if anything. Tian says it’s more likely the government is making an example out of them — a tactic it often uses when implementing regulations.

“It’s all very typical of China: First they publish the regulation; then they go after some of the big companies to set an example,” says Tian.

The recent government notice may be more of a warning than a “crackdown,” but that doesn’t mean it isn’t meant to elicit some kind of response. The Chinese Communist Party certainly has the ability to bring entire communities to their knees when they want to — like when they straight up cut off internet access to western China to stem ethnic rioting in 2009. Which means they’re being vague with this latest notice for a reason: The government isn’t trying to crush the live-streaming industry, just manage it.

Live streaming in China is profitable, and has the potential to be even more so.

According to a report from the Chinese Ministry of Industry and Information Technology, more than 344 million people were using live-streaming services in China at the end of 2016. (Just for comparison, that’s more than the entire US population.) While these services were first popularized among young Chinese who felt lonely after moving to urban centers for work, they’ve now been adopted by a wide base of internet users who watch professional “anchors” do everything from dance in their bedrooms to slurp up bowls of noodles.

And the trend is likely to continue: 344 million represents only 47 percent of internet users in China, and experts foresee the trend expanding deeper into the market. In 2016, the live-streaming industry almost doubled in size, bringing in revenues of close to $3 billion, reported the Economist.

What the government wants isn’t to stem the growth of this industry, but to consolidate it. So even though it singled out three big companies in the June 22 notice, its target is really the smaller firms.

“One of the things the government always wants to do is narrow the playing field to a smaller number of higher-profile known entities, ideally ones that have a better track record of cooperating with the government,” said Mark Natkin, a managing director at the Beijing-based consulting group to Reuters. “In the long run it’s actually relatively beneficial to the large companies.”

And that’s what we’ve seen with this live-streaming “crackdown” so far. Even before the June 22 notice, the Chinese government had been quietly shutting down smaller internet companies that didn’t have the right licensing. In March, analysts from Deutsche Bank told the South China Morning Post that tightening regulations were driving tens of small live-streaming platforms out of the industry. Tian affirms this, adding that he has seen an uptick in users migrating to larger, licensed platforms.

In the meantime, larger live-streaming firms have been behaving exactly as expected. Last week, Sina Weibo released a statement pledging to work with state media sources like Xinhua news agency to give a larger platform to “mainstream Chinese voices” and ensure that the internet is a “healthy and bright space” for all users.

The statement suggests that the June 22 notice is less of a “crackdown” on the live-streaming industry’s biggest players than it is a subtle and familiar nudge for deference.

Live-streaming anchors have been able to turn their videos into a profession by soliciting “virtual gifts” from their audiences, earning up to $1 million (6.8 million RMB) a year. Given that most live-streaming anchors are women (up to 80 percent on some platforms) — while three-quarters of audiences are men — a lot of anchors end up making use of their sex appeal to rack up views.

This is particularly rampant on smaller live-streaming platforms, which attract anchors and viewers by being more lax with their internal regulation of content. Just recently, a young female anchor working on the Huoshanzhibo app live-streamed herself changing clothes at 3 am, prompting a spike in users on the application, reported Caixin news.

This was not tolerated by the government, which launched a criminal investigation into Huashanzhibo for “significant loopholes” in its management of the live-streaming platform.

“The [government’s] position is that the internet is not a Wild West. You need rules, you need to make it civilized, cultured, and have order,” Segal, the Council on Foreign Relations scholar, says.

All internet pornography is banned in China, and unlike other countries, the government actively goes after it. The live-streaming boom has been particularly difficult to regulate since it’s virtually impossible for companies to monitor anchors 24/7 and shut them down before they decide to flash a nipple.

This June 22 notice was likely an extension of this campaign to pressure internet companies into “cleansing” their live-streaming platforms, Tian says. He added that if Chinese officials actually wanted to go after political dissent, giving a somewhat empty warning to a handful of companies isn’t how they’d do it.

“For political content, sites aren’t just closed down,” he says. “People are thrown in jail.”

So make no mistake: The Chinese government can and does crack down on political opposition, especially if it has the potential to lead to actual protests. The June 22 notice to Sina Weibo, iFeng, and AcFun just probably isn’t an example of that.

Instead, this looks more like the regular rumblings of the government’s under-the-table negotiations with the country’s large companies — a series of public and private statements that Chinese netizens know won’t meaningfully or at least immediately threaten their ability to watch their favorite live-streaming anchors eat fast food in their pajamas.«