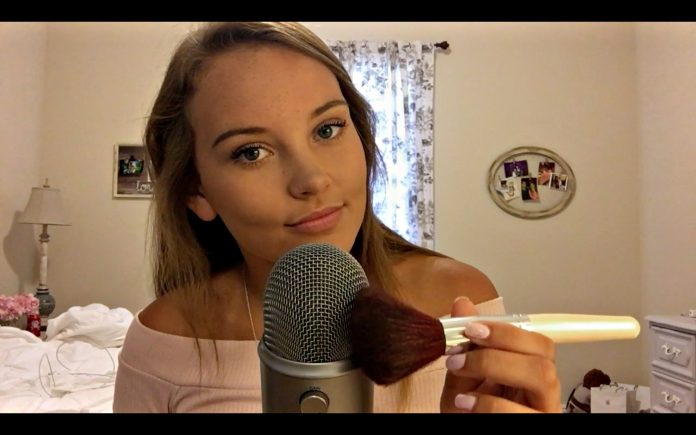 China is not a fan of ASMR-videos. Law enforcement moved in on banning several offerings and sites specialized in the rather bizarre relaxing technique, a source of income for many young women.
China is famously strict when it comes to applying their censorship laws. Now they apparently have enough of it with videos mainly created to relax people or help them find sleep: ASMR. The videos of young women whispering nonsensical talk, showcasing the sounds of brushes, fingernails, chewing and in some cases of wet lips kissing are banned from now on for everybody in China.
The country that famously banned young women from eating bananas on cam is now moving against the YouTube phenomenon that quite easily can be mistaken for some kind of a mindfuck or harmless but dull entertainment. Chinese officials consider ASMR videos as a way to circumvent the harsh censorship laws against the creation and sale of pornographic contents.

While potentially dangerous for Chinese performers and viewers, for die-hard fans of the genre this move is nothing but an insult. As the »Autonomous Sensory Meridian Response« (ASMR) are normally not meant to be used as masturbatory fetish video – even though many female producers in the West know too well that this is a major factor in ASMR’s popularity. Originally the idea is that the audio signals and diverse sounds by objects and humans trigger a so-called tingling sensation in the viewer that some people experience as extremely relaxing and sleep-inducing.

The National Institute of Health describes ASMR as a »previously unstudied sensory phenomenon, in which individuals experience a tingling, static-like sensation across the scalp, back of the neck and at times further areas in response to specific triggering audio and visual stimuli. This sensation is widely reported to be accompanied by feelings of relaxation and well-being.«

The anti-porn office released a statement accompanying the order: »A large part of the audience of ASMR audiences is young people. All Internet companies must earnestly fulfill their main responsibilities, increase their efforts in cleaning up and rectifying, strictly implementing content review mechanisms, and establishing a system of protection of minors to filter out content that may cause harm to minors.«

The office makes it clear that officials will start to prosecute »those who violate the law«. As with webcam services last year companies should cooperate fast. Otherwise they might get seized and representatives of the companies might end up in jail.