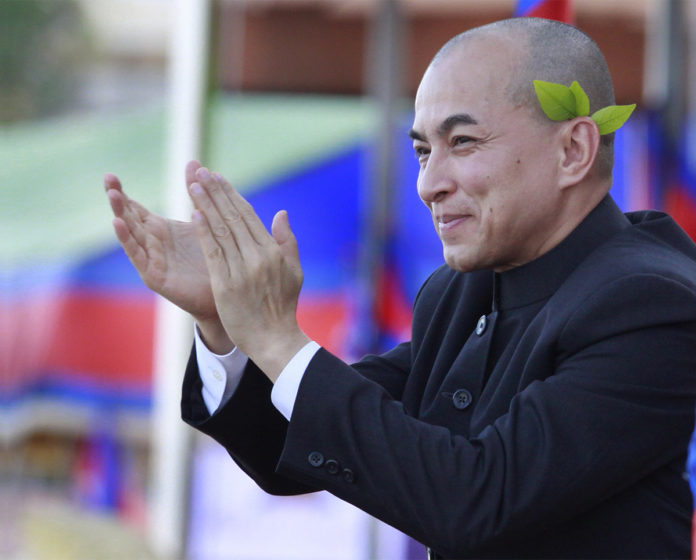 The picture was posted on Facebook on Christmas Day, and seen in both Cambodia and Thailand.

It is being viewed as a rare public insult against King Norodom Sihamoni.

The monarch, who became king in 2004, is largely respected by the public and seen as being above politics.

While the monarchy in neighbouring Thailand is protected by a lese majeste law that outlaws any criticism, there is no similar law in Cambodia.

However, the country’s constitution says the king is “inviolable” – or too significant to be treated with disrespect.

The government is now searching for a Facebook user who posted a Photoshopped image with King Norodom Sihamoni’s head inserted into a gay pornographic scene along with the message “Cambodia King is gay.”

“We are searching its IP, where it’s from. If we cannot find it we will ask our neighboring country to help,” he said of Thailand, which has seen increasingly strict enforcement of lese majeste laws since the junta took power in 2014.

“They are more intense than us,” General Sopheak said of insults directed at the monarchy. “We have got orders to arrest them.
If we don’t take action against them, more people might follow their act.”