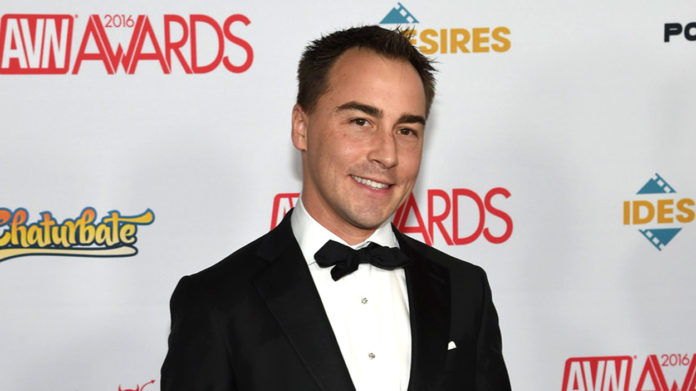 With almost 30,000 attendees from 35 countries and a record 800 industry stars set to participate, the annual AVN Adult Entertainment Expo arrives this week at the Hard Rock Hotel for the sixth consecutive year.

The expo runs from Wednesday through Saturday’s awards show. Admission ranges from $80 for a one-day pass to $1,500 for a four-day VIP ticket. One of five major conventions in the city this week, AVN is among the first to use the Hard Rock’s additional 18,000 square feet of convention space built last year.

AVN CEO Tony Rios spoke to the Las Vegas Sun about new trends, products and stars to anticipate at this week’s show:

Absolutely, as new people enter the industry, we’re finding that higher-quality content is bringing buyers back. There was a point in the industry where all of the content started to look the same. It was all just very generic, and now it has forced everyone to step up their game from a content perspective. So you have sites that are now more mobile-friendly and have a higher-quality picture. It’s beautiful content.

The best ways to combat the lower-quality videos and piracy are to release more scenes with more frequency and have better relationships with the companies where the piracy problem originated from. We’re building stronger working relationships with all the major players, and they’re actually working on ways to make sure everyone is able to monetize their content.

Tube sites, meaning their own streams?

A tube site is any sort of site that’s giving the content away for free. That has been the challenge for us with content creation. We’re spending the money to create the content, and we have to compete with free. How are we going recoup our costs? It’s very difficult. But the industry is on an upswing, and content production is on the rise. It’s a great time for the industry.

But we’ve been slowly ramping back up and retooling and coming up with new products that are not able to be pirated. We have a lot of companies moving into the novelty space; the live-cam arena has taken off tremendously, too.

We’re definitely going to see more VR at this year’s show. We’ve added two VR categories to the AVN Awards, and we’ve had a phenomenal response. We had a ton of submissions, and it’s definitely coming and it’s here and it’s the future. We’re still waiting to see what becomes of it, how people start to monetize it and make it successful. We have a bunch of companies that are coming with different VR products and different ways and different ideas. It’s still in its infancy, but it’s definitely here to stay.

One of the biggest sectors we’re seeing is the cams — they’re growing and growing. It’s not something you can touch and feel, but you’ve got better frame rates and girls now that can broadcast from their cellphones to live-stream out to the world. It’s pretty impressive. In the novelty space, the teledildonics area is continuing to grow. We’re getting companies that are finding ways to connect these devices to the internet so you can have that experience with somebody else over the web.

We’ve been hearing about a potential mass industry shift from Los Angeles to Las Vegas for many years. Measure B, mandating condom use in adult films shot in Los Angeles County, passed in 2012. Prop 60, which would have mandated condom use in adult films throughout California, was rejected in November. Is there any reason to think there’s still going to be major industry growth in Las Vegas?

Defeating Prop 60 is something that we’re very proud of as an industry. I spoke with many stars and producers who were ready to move to Vegas because they had no choice — they have to be able to produce their content. They were ready to go, and there was shock when Prop 60 was actually defeated. The girls who were just like, “So we don’t have to move?” They were pleasantly surprised. The California industry is ramping up again; people are not moving.

So if Prop 60 had passed, that would have led to a big migration to Las Vegas?

It would have. Definitely.

How has the convention grown since you moved to the Hard Rock in 2012?

This year alone, we’re almost doubling the amount of talent from last year. Among about 800 performers taking pictures and signing autographs, Sunny Lane, Riley Reid and Aspen Rae will all be here. Uma Jolie and Gina Valentina are our trophy girls. Angela White, Alexis Texas, Ron Jeremy and Romi Rain are all going to be here, too.

Does having all of the other conventions in town affect you, either for better or for worse?

It’s definitely good for us. We love having people from other conventions take a little time off and enjoy the show. They love it when they find out their convention is coinciding with our expo. They sneak away and they’re super excited.

Is the industry holding its breath as Donald Trump takes office?

Based on who he has appointed to his cabinet, it has definitely been far right. We’re bracing for a rough four to eight years. It’s typical when we get Republicans in office there have been increases in obscenity prosecutions and just tighter reins on our industry.

When we have a Democratic administration, we’re left alone and freedom of speech prevails as it should. We’re just going to hunker down and see what happens. I’ll give Trump the benefit of the doubt. What if he’s an actually a good president? Everything we’ve seen thus far isn’t making it look that way, but I’m going to sit back and give him a fair chance.