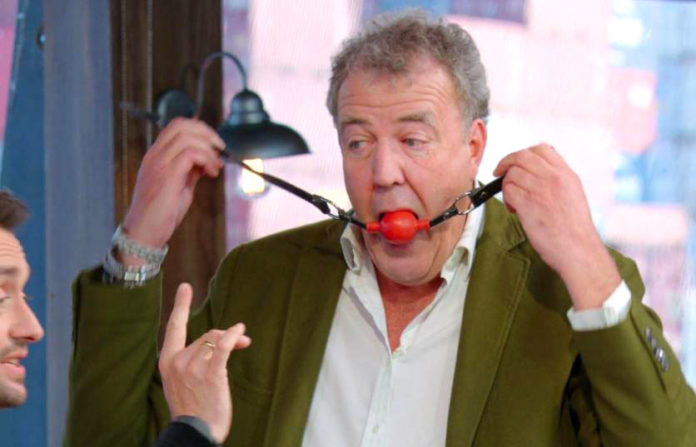 Finally, I have a question for the Minister. I would like him to comment on what the expectations are for social media sites like Twitter, which can themselves host user-generated pornographic content. The expectations on commercial pornography websites are set out pretty clearly in Clause 15, but will the Minister please clarify how the Bill as drafted will impact on social media sites? Clause 22 starts to cover this with its reference to “ancillary service providers”, but in Clause 22(6) the reference is restricted to business activities so provided. Evidence from the Government to the Communications Select Committee on 29 October was as follows:

“Twitter is a user-generated uploading-content site. If there is pornography on Twitter, it will be considered covered under ancillary services”.

How does that apply to material on Twitter that is not uploaded in the course of business activities? I ask the Minister to clarify this point when he responds.

Later, Baroness Benjamin claims that it’s important that they make sure that social media is included in the bill “for the children” (of course):

In seeking to protect children from stumbling upon pornography, it is particularly important that social media is covered by the Bill. That is one of the primary ways in which children are exposed to pornography. There has been some debate about the scope of Clause 15 and the ancillary service providers, but it seems clear to me that social media should be covered by this. I was particularly delighted that the noble Baroness, Lady Shields, confirmed to the Lords Communications Committee on 29 November that:

“The Bill covers ancillary services. There was a question about Twitter. Twitter is a user-generated uploading-content site. If there is pornography on Twitter, it will be considered covered under ancillary services”.

Can the Minister confirm that this will be the case and also the case for all other social media, including, Facebook, Tumblr and Instagram?

The debate over regulating Twitter got pretty silly pretty fast. At least one person noted that the UK was at risk of looking like idiots. This is from “The Earl of Erroll” (gotta love the House of Lords), who then admits he doesn’t even know what’s possible, but he’s absolutely positive that age checks on any e-commerce site is no big deal.

It is probably unrealistic to block the whole of Twitter—it would make us look like idiots. On the other hand, there are other things we can do. This brings me to the point that other noble Lords made about ancillary service complaints. If we start to make the payment service providers comply and help, they will make it less easy for those sites to make money. They will not be able to do certain things. I do not know what enforcement is possible. All these sites have to sign up to terms and conditions. Big retail websites such as Amazon sell films that would certainly come under this category. They should put an age check in front of the webpage. It is not difficult to do; they could easily comply.

Finally, Lord Ashton of Hyde, admits that, yes, of course the bill will apply to social media and all those other sites, because why the fuck not?

The right reverend Prelate, the noble Baronesses, Lady Kidron and Lady Benjamin, and the noble Earl, Lord Erroll, asked a valid question about social media and Twitter. The Government believe that services, including Twitter, can be classified by regulators as ancillary service providers where they are enabling or facilitating the making available of pornographic or prohibited material. This means that they could be notified of commercial pornographers to whom they provide a service but this will not apply to material provided on a non-commercial basis.

In that same answer, he pulls an infamous “free speech is important, but…” line that is what you expect from someone about to censor speech:

It is a complicated area. Free speech is vital but we must protect children from harm online as well as offline. We must do more to ensure that children cannot easily access sexual content which will distress them or harm their development, as has been mentioned.