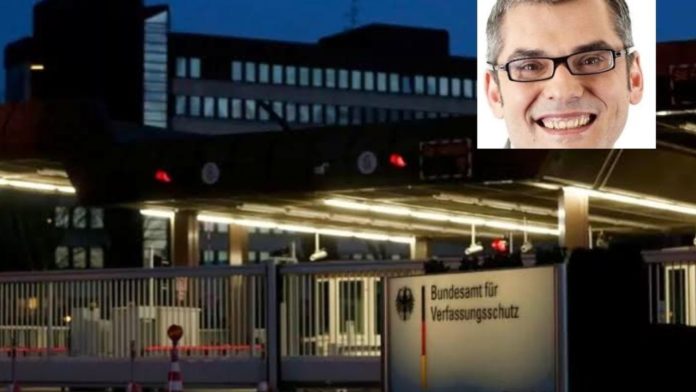 Less than a month ago, in a chat room where extreme Islamic militants hung out, German authorities noticed a man in the “digital hide-out” claiming to be a German spy.

The 51-year-old mole, a German citizen of Spanish descent, was offering his services to Islamic militants attempting to infiltrate Germany’s domestic intelligence agency (otherwise known as the BfV). He hoped to use his new job to provide information to “help the brothers” plan an attack against his employer.

When authorities lured the man into a private conversation, he gave away so many inside secrets, including his own directives within the agency, that the man was easily identifiable.

But the true extent of the spy’s double life was only becoming clear. In fact, experts who have interviewed him since claim he might have multiple personalities.

For six months, little by little, piece by piece, he had been quietly collecting intelligence about Islamist extremists in Germany for the BfV, and just how much they knew about them.

But unbeknown to German authorities, he had pledged allegiance to Mohamed Mahmoud, the Austrian leader of the Islamic State in 2014.

Prior to authorities discovering the man’s hidden agenda, the spy acted like it was business as usual, behaving “inconspicuously” since his April engagement with the German spy agency. The BfV say they vetted him thoroughly, interviewing former employers and those close to him.

The BfV had uncovered no red flags in the hiring or the interviewing process. He had kept his radicalisation so secret, even his family reportedly knew nothing of his conversion.

It wasn’t until last month that authorities uncovered the plan and engaged in a secret surveillance operation.

“The worker, who started not long ago, had been inconspicuous during the application process, training and at work,” the agency told the AP.

But after being caught, he told questioners that his goal was to infiltrate the BfV to warn his “brothers in faith” of operations against them, along with plotting to bomb the German spy agency’s headquarters in Cologne.

The man, who attempted to thwart authorities using the false name online, is accused of “making Islamist remarks” while “offering internal information during chats,” a BfV spokesman said.

The man attempted to pass on “sensitive information about the BfV, which could lead to a threat to the office,” an official told Der Spiegel.

It’s not known just how much information the spy passed on, but online conversations were apparently discovered between the man and other extreme Islamists where he attempted to recruit others to join the agency as a mole, eventually moving in to bomb the site as punishment to “non believers”.

“So far, there have been no reliable indications that the accused had already given security-relevant information to people from the violent Salafist scene,” prosecutor Ralf Herrenbrueck, whose office is leading the investigation, told The Associated Press in a written response to questions.

The suspect, whose identity has not been released, is now in custody and has partially confessed to investigators, Herrenbrueck said. He was arrested on Tuesday in Dusseldorf, North Rhine-Westphalia.

The suspect is under investigation on suspicion of preparing an act of violence against the state and of an attempted violation of state secrets regulations, among other charges.

The man, described by German media as a former bank employee, was tasked with the surveillance of Salafists, adherents of an ultraconservative form of Islam that has turned violent in the past, Herrenbrueck said.

There are an estimated 9,200 Salafists in Germany.

The agency said once it had uncovered the man it turned the case over to Dusseldorf prosecutors.

“So far there is no indication that there is a concrete danger for the security of the BfV or its employees,” the agency said.

Interior Ministry spokesman Tobias Plate, whose ministry oversees the agency, said he couldn’t recall any comparable cases in the recent past and said that there were “no indications that there are fundamental structural problems” at the BfV.

The case has caused such outrage in Germany, citizens are questioning the validity of Germany’s domestic spy agency, despite foiling numerous plots from the Islamic State group and lone wolves attempting to create havoc for Europe.

But they have also failed; the country has been increasingly wary since attacks in the summer were carried out by asylum seekers and claimed by the Islamic State group.

Five people were wounded in a “deranged” axe rampage on a train near Wuerzburg and 15 in a bombing outside a bar in Ansbach, when a suicide bomber carrying a backpack bomb filled with “metal parts” detonated the device near the entrance. Both of the attackers were killed.

Meanwhile, nine people were killed in Munich when an 18-year-old German-Iranian, who had been in psychiatric treatment and was reportedly obsessed with mass killings, tore through a shopping centre in the city.

Those attacks helped stoke tensions in Germany over the arrival last year of 890,000 migrants.

The country is currently on high alert following the summer attacks.